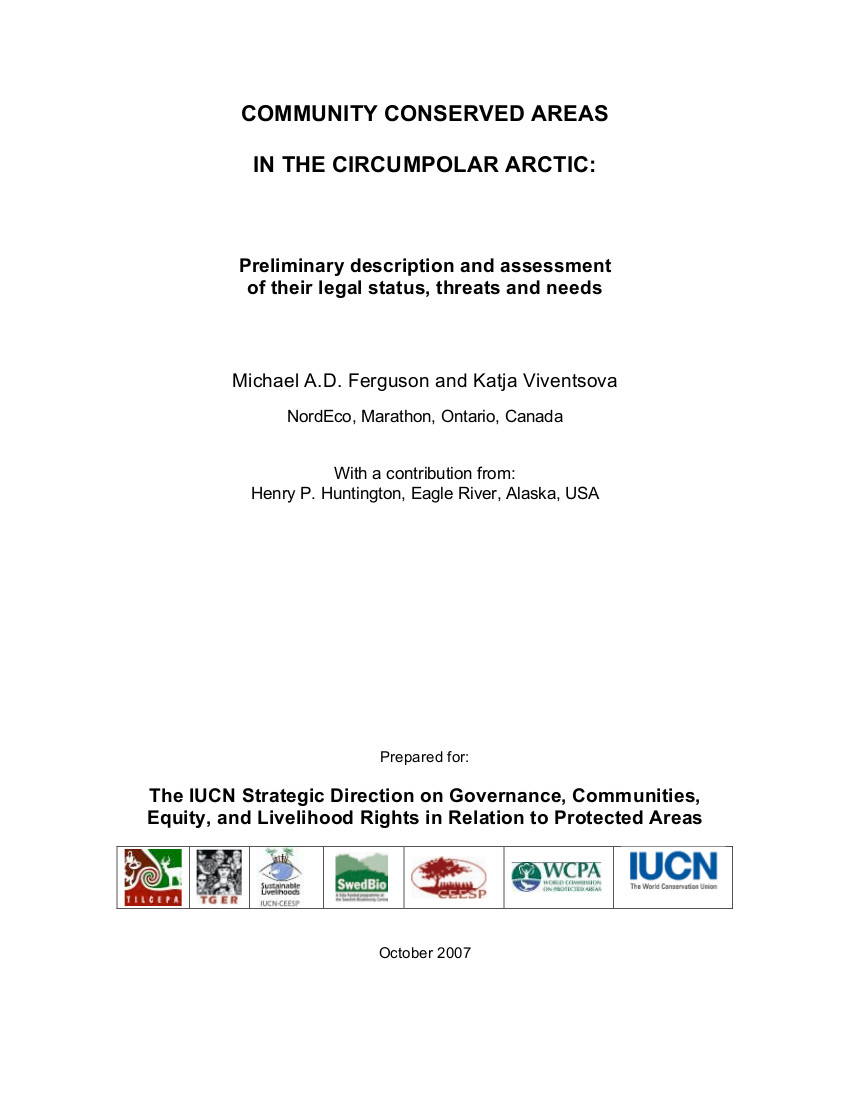 The concept of “Community Conserved Areas” is still largely unknown among indigenous organizations, local communities, academics, government and others in the Arctic. Most indigenous people do not conceive of their ancestral areas in sub-divided parts that can be properly conserved as separate units. To maintain their indigenous lifestyles, they have utilized extensive land- and seascapes that include several interdependent ecosystems. [In other words] the “southern” concept of “protected areas” does not readily fit into the knowledge systems of Arctic indigenous peoples. Yet, the ICCA concept can be a useful tool for indigenous peoples in the Arctic by which they may gain government recognition of their traditional practices and governance systems.