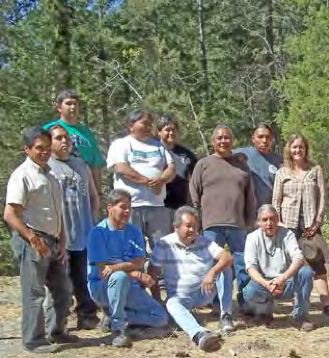 Two studies, one on Legal Review and one on Recognition and Support, for ICCA in Canada have been completed. They confirm that in this part of the world, ICCAs are essentially Areas and Territories conserved by indigenous groups. Since October 2011, when the ICCA Consortium started to work with regional coordinators, the focus for North America was more particularly set on Canada and specifically the Province of British Columbia. It is in British Columbia where the largest number of First Nations is located. It is also where the only North American ICCA Consortium Indigenous organization member is. At this point, the North America region ‘only’ encompasses Canada and the USA, but should expand later to Mexico.

Another organization, based in the USA, seems to have similar objectives as the ICCA Consortium. The Native Lands and Wilderness Council (NLWC) was formally created as recently as the ICCA Consortium. The two co-directors are members of the Confederated Salish and Kootenai tribe. Their territory (reservation) is the home of the Mission Mountains Tribal Wilderness in Montana that was founded 30 years ago. This anniversary celebration was a good opportunity to gather their members and other friends from the USA and Canada. The ICCA Consortium was invited to participate in this gathering that took place in Pablo, Montana. Some participants did not hesitate to drive more than 2000 km to make it there from the Deh Cho First Nation Territory, Canada or Taos Pueblo in New Mexico, USA.