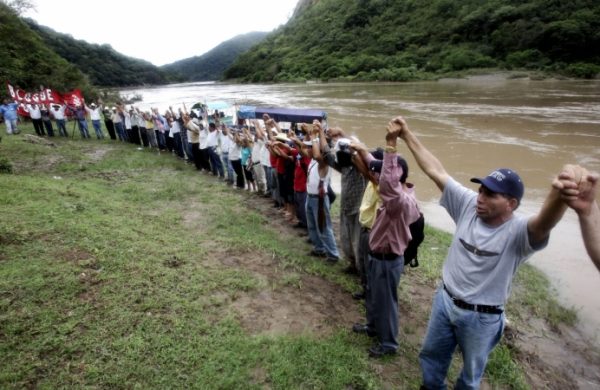 In recent days we have heard about the cowardly murder of Berta Caceres, an indigenous leader of Honduras who led several campaigns of opposition against mining, deforestation, violation of human rights and, especially, against the construction of the Agua Zarca Dam in the territory of the Lenca people.

The Consortium wants to join the call to action of International Rivers to request the financiers and builders of the dam immediate retirement from the territory of Agua Zarca.

You can find this request in the next link , as well as additional requests for the release of Gustavo Castro (who witnessed the vile murder and has been arbitrarily retained in Honduras), and the suspension of military aid to the government of Honduras. The text of the letter that we invite you to sign in support and solidarity is as follows:

Text of the online action:

Dear financiers and builders of the Agua Zarca Dam,

The Agua Zarca dam project has long been plagued by serious human rights abuses. For years, critics of the project have been targeted by a campaign of violence, intimidation and outright murder.

Most recently, on March 2, Berta Cáceres – vocal critic of the Agua Zarca Dam, Goldman Prize winner and mother of four – was brutally murdered in her home. 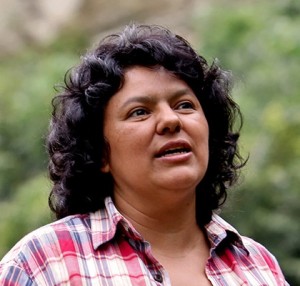 Berta is not the first Lenca leader to be killed; in July 2013, a Honduran soldier shot dead Lenca community leader Tomás Garcia, at close range, during a protest against the dam. Berta and other COPINH members have been threatened repeatedly during protests and meetings for years.

Dam builders and financiers have been aware of the problems for years.

This dam is being imposed on the Lenca people through repression, militarization and violence. That’s why Sinohydro pulled out in 2013.

Enough is enough. The Agua Zarca Dam and the human rights abuses have to stop.

I strongly urge you to pull out of the Agua Zarca dam project, and to not get involved in any more projects on indigenous Lenca lands in Honduras.

I demand justice for Berta Cáceres. 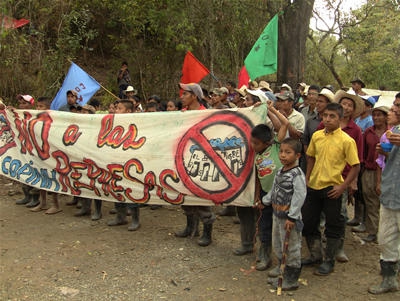