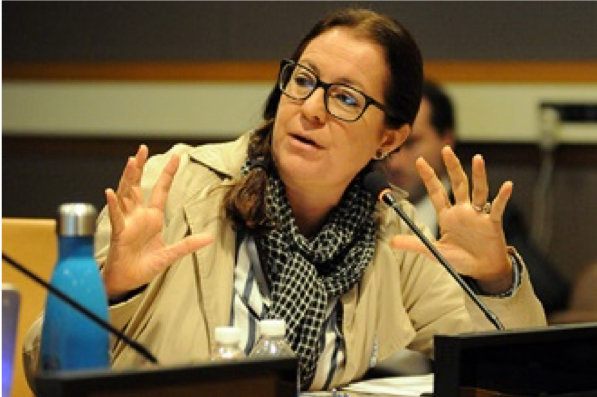 The United Nations Ocean Conference, dedicated to the Sustainable Development Goal 14, took place in New York, June 5–9 2017. Several Members and honorary members of the ICCA Consortium participated in this conference whose goal was to become the “game changer that will reverse the decline in the health of our ocean for people, planet and prosperity… (a conference) solutions-focused with engagement from all”.  Kim Sander Wright, Strategy Advisor on Coastal, Marine and Island Environments for the ICCA Consortium and Vivienne Solis Rivera, ICCA Consortium’s Steering Committee Member with special responsibility about ICCAs and gender issues carried the Consortium voice.  They were supported by Hugh Govan, a Consortium Honorary Member who is a renowned governance specialist and strategist for the LMMA Network, and by Marvin Fonseca, ICCA Consortium’s collaborator for Mesoamerica.  The Consortium team voiced community conservation concerns at every available opportunity, in official events, side events and on the sidelines.

In addition to our participation in-person, the ICCA Consortium registered a voluntary commitment to the UN SDG. On June 7th, Kim Sander Wright had the opportunity to present this voluntary commitment to the UN as an intervention in Partnership Dialogue 5 – Increasing economic benefits to SIDS and LDCs and providing access for small-scale artisanal fishers to marine resources and markets. The video of this intervention can be found here.

Vivienne Solis Rivera spoke at several side events, and had the opportunity to read a statement in the General Assembly Plenary meeting on June 7th on behalf of Women’s Major Group. This video can be found here.