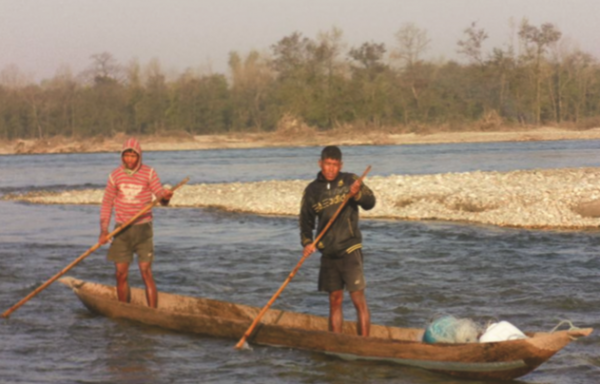 This paper problematises the recent participatory turn in nature conservation policy and practices through an ethnographic investigation of the experiences of the marginalised Sonaha (indigenou s people of the region of Bardia where the national park is located) in relation to the conservation discourses, policies and practices of the Bardia National Park authorities in the Nepalese lowland. Since the mid-1990s, the country’s conservation thinking and policy paradigms have shifted away from an earlier protectionist and fortress conservation focus towards more participatory approaches. However, for the Sonaha who are historically and culturally embedded in and derive their livelihoods from the riverscape in and around the Park, the pre-existing discourses and practices of strict nature conservation still impact adversely on their everyday lives. The paper argues that participatory reform, despite its strengths, has nevertheless reinforced the old conservation paradigm and hegemonic conservation discourses that normalised conservation violence and the marginalisation of the Sonaha. Based on critical ethnographic work with the Sonaha, we present a political ecology critique of conservation approaches. A case for rethinking contestations between indigenous peoples and national park managements is postulated.