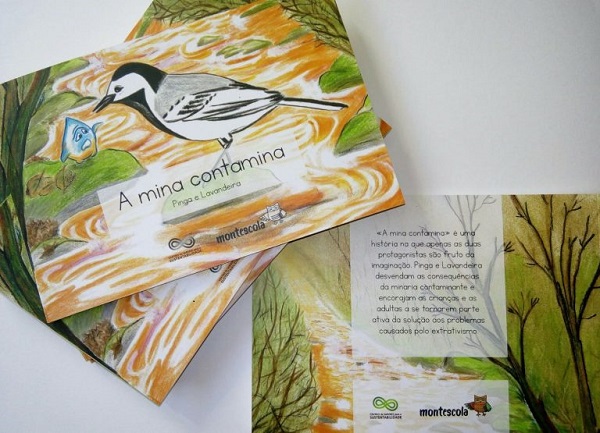 The “Centro de Saberes para a Sustentabilidade” is a UN University acknowledged Regional Centre of Expertise on Education for Sustainable Development promoted by the Galician ICCAs of Vilar and Froxán. It has recently developed a set of educational materials exposing the social and environmental impacts of mining, challenges affecting not only these two ICCAs but many other common land communities across the country. The materials include the illustrated children’s book “A mina contamina” (inspired in the San Finx mine, affecting the Froxán ICCA), a 50-minute documentary film “San Finx 1960” and curriculum guides for 6-12 year-olds and for 12 years and older.

“A mina contamina” (“the mine contaminates”) emerged from the recognition that the need for sensitization and knowledge dissemination regarding alternative mining techniques based on historical and scientific evidence has become crucial considering the intense activity of the mining lobby to create “a favourable state of opinion” that suppresses all the negative impacts caused by extractivism. This programme is the result of the active engagement of ICCAs, environmental educators, primary, secondary and university teachers, environmental activists and historians.

Materials are available in Galician and Portuguese, while the documentary can be viewed with English or Spanish subtitles. As the children’s book is not place-specific, it can be translated into other languages. The “Centro de Saberes para a Sustentabilidade” encourages open use and distribution and all materials can be freely downloaded.