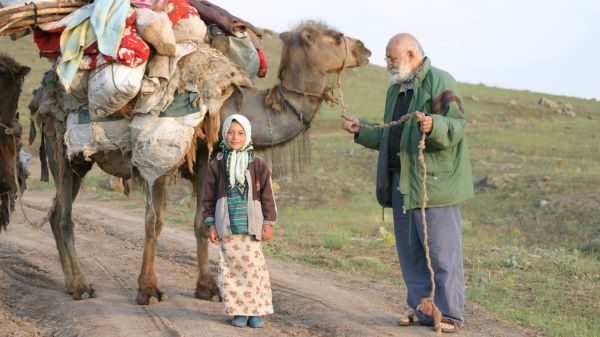 Dr M. Taghi Farvar (1942-2018) was a pioneer in bringing to light the collective conservation capacities of indigenous peoples and local communities. Throughout his life, he defended their collective rights over their territories, and sought to influence relevant policies at national and international levels. He especially loved working with indigenous nomadic tribes and supporting their traditional practices for sustainable pastoralism. Taghi believed that indigenous peoples and local communities are crucial actors in both sustainable livelihoods and the conservation of nature, and that traditional knowledge is indispensable to preserve, sustainably use, and restore nature in ‘territories of life’.  For him, tribal elders— women and men, holders and perpetuators of such knowledge—were always the teachers we need to listen to as we work to conserve and honour Mother Earth.

Taghi often succeeded in changing for the better the lives and conditions of indigenous peoples and local communities at local, national, and international levels.  An account of his life and achievements is available here, along with pictures, lively stories and  spirited memories recounted by some of the many people whose lives he touched. In Iran, Taghi was the co-creator of the Centre for Sustainable Development and Environment (Cenesta) and a prime instigator and supporter of both the Union of Indigenous Nomadic Tribes of Iran (UniNomad) and the Union of Indigenous Camel Herders of Iran (UniCamel).  He worked tirelessly with both groups in support of the territories of life of the mobile indigenous peoples of Iran. In 2018, in response to the loss of Taghi and to honour his memory and his life’s work, Cenesta developed an initiative ‘to support the self-strengthening of indigenous nomadic peoples, custodians of territories of life in Iran’. The overall aim is to strengthen the organization, the internal and mutual solidarity, and the traditional knowledge and purposeful action of UniNomad and UniCamel. The initiative is also to help both groups to face the loss of Taghi– who was their chief mentor for many years.  In 2019, the initiative was submitted to the Paul K. Feyerabend Foundation and the ICCA Consortium, both of which have joined in its support.  The ICCA Consortium, dedicated to this initiative a small amount of resources raised by Taghi for work with mobile indigenous people— resources that have remained unspent as political problems rendered impossible their use. The initiative will assist UniNomad and UniCamel to meet regularly and solidify their organization, identity and action. With the facilitation of Cenesta, they will engage in self-strengthening processes in their territories of life, and will continue to advocate with governmental authorities for appropriate national and sub-national policies. The initiative will also allow UniNomad and UniCamel to contact, support, and seek the membership of other mobile indigenous tribes and tribal confederacies in Iran. Taghi, wherever he is now, will be pleased to see his beloved communities and elders active to secure their territories of life.