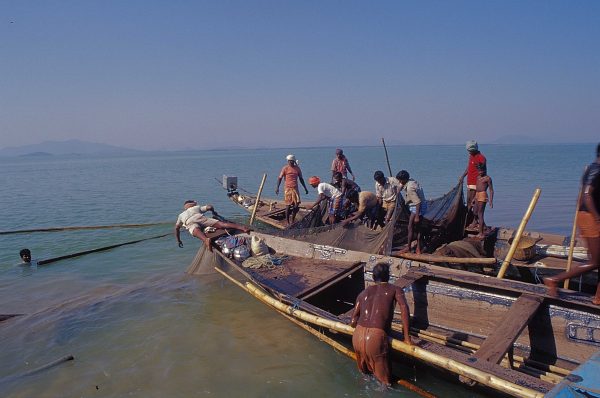 The Non-Timber Forest Products – Exchange Programme (NTFP-EP, ICCA Consortium Member and regional ‘hub’ for Southeast Asia) is hosting a series of webinars to build shared capacity and understanding of ICCAs—territories of life in Southeast Asia. In the second webinar of the series, held on 29 January 2020, Harry Jonas presented on ‘other effective area-based conservation measures’ and the challenges and opportunities presented by this new framework for Indigenous peoples and local communities.

Unnoticed by many in the Strategic Plan was the term ‘other effective area-based conservation measures’ (OECMs), referenced above. Because there was no internationally agreed definition for the term at the time of its adoption, countries largely ignored it. Urged to action by Members and Honorary members of the ICCA Consortium and then an IUCN Task Force, this changed in 2018 when 196 State Parties to the Convention on Biological Diversity agreed its definition. The way protected areas and OECMs both differ and complement each other is important:

For the first time, sites outside of protected areas that are not dedicated to conservation can be recognised internationally for their contributions to biodiversity. Areas that might meet this definition can be governed by Indigenous peoples and/or local communities, as well as by government agencies and private actors or a combination thereof. They may include, among other things:

In the discussion, participants argued that as a new international conservation designation, OECMs may also lead to the improved recognition of conservation contributions of Indigenous peoples and local communities and increase support for the biodiversity that exists – whether thriving or under threat – outside protected areas. Recognition of particular ICCAs—territories of life as OECMs may also provide increased security and visibility and lead to greater recognition and support for the territory or area, though this is subject to government agencies and private actors providing ‘teeth’ to this designation and ensuring proper implementation of international law and policy. A progressive approach to OECMs may also contribute, in some instances, to a form of ‘restorative ecology’, whereby recognising and supporting individual ICCAs—territories of life as OECMs could catalyse a healing and transformative process for all parties involved.

There were also concerns. Such transformative processes and outcomes are by no means guaranteed. OECM-related frameworks could instead further entrench dichotomous approaches to ‘science’, ‘culture’ and ‘nature’ that deny the value of the interconnectedness of Indigenous peoples’ and local communities’ worldviews, knowledge and systems of governance and management.

More broadly, dedicated processes are required to resolve continuing issues with ICCAs—territories of life overlapped by protected areas and may also be required if ICCAs are overlapped by OECMs without their free, prior and informed consent. Under conditions such as these, the governance authorities of ICCAs—territories of life may at best be disinterested in engaging with the framework. At worst, OECMs may be used – whether inadvertently or not – to further undermine the social-ecological integrity of ICCAs.

Participants agreed that it would be important for the ICCA Consortium to develop a position on OECMs and to develop one or more policy briefs or publications to set that out for key stakeholders. Emma Lee, ICCA Consortium Honorary member, has agreed to lead that work.

To learn more about this topic, listen to the webinar presentation and read the following resources:

The first webinar organized by NTFP-EP on ICCAs in South East Asia is available here.