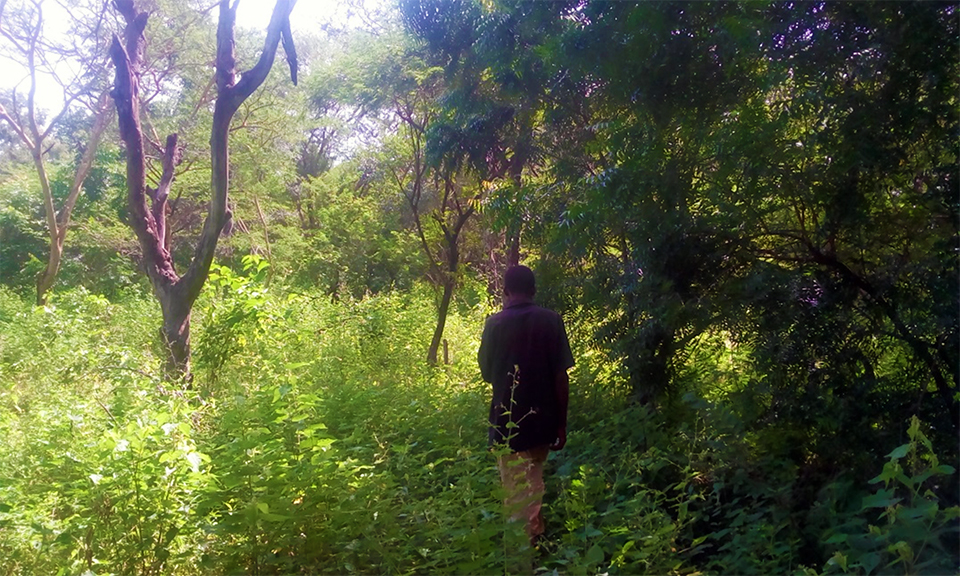 Burkina Faso already has a legal structure on the local level to recognize ICCAs, the study found. But this solution does not exclude the prospect for the explicit recognition of ICCAs through national legislation.

Local communities in Burkina Faso want legal recognition for Indigenous and community conserved areas and territories (ICCAs). The National Association of ICCAs–Territories of Life in Burkina Faso (ASAPAC-BF) recently reiterated this priority. The desired recognition would consist of adopting adequate legislation acknowledging the existence of ICCAs as well as the three pillars that make a socio-natural site an ICCA.

As a reminder, three key characteristics distinguish an ICCA:

In response to the strong expectations of the village communities, NATUDEV, in collaboration with GEF SGP, mandated an environmental law expert to review the legal documents that may apply to ICCAs in Burkina Faso. The review was a documentary research study. The study highlighted the potential of a specific law which can recognize ICCAs in Burkina Faso. The 034-2009/AN law, which relates to rural land tenure and dates from the 16th of June 2009. A workshop was held on the 26th of August 2020 to finalize and validate the results of the legal study. The workshop was co-organized by NATUDEV and ASAPAC-BF.

The law provides the local communities with the right to design and adopt ‘local land tenure charters.’ The definition of local tenure-charters is ‘local land tenure conventions inspired by local customs, practices, and land uses.’ It considers the ecological, economic, and social contexts of rural areas.

The law covers the ‘local areas of natural resources of common use.’ Rural areas ‘such as village forests, sacred woods, ponds, customary areas dedicated to pastoralism, cattle trails.’ As per the law, such territories do not ‘belong to specific individuals or families.’ And, the use of such areas is determined by ‘local habits and customs, allowed for all local rural actors.’

There is also a decree (N° 2010-400/PRES/PM/MAHRH/MRA/MECV/MEF/MATD) stating the aims of local land tenure charters:

‘Local land tenure charters are the local documents for the community-based management of natural resources. These areas are under the responsibility of local authorities, which approve and promote them.’ In Burkina Faso, administrative units of municipalities and regions are local authorities. A municipality comprises several villages, and ICCAs belong to a village or group of villages.

A workshop was held on the 26th of August 2020 to finalize and validate the results of the legal study. The workshop was co-organized by NATUDEV and ASAPAC-BF. It brought together thirteen people: two representatives from the ASAPAC-BF, two from NATUDEV, two from the ministry of environment, the national coordinator of PMF/FEM, the mayor of a rural municipality, an Honorary member of the ICCA Consortium, two students working on ICCAs, two resource persons with expertise in ICCAs, as well as the consultant leading the study. It was an opportunity to raise awareness and remind the definition and the potential of the concept of ICCAs, as well as the national, international, and African dynamics that convey it. It showed that the level of awareness about ICCAs needs to be raised in Burkina Faso.

The presentation of the study was followed by exchanges on the approach to ICCAs. The participants asked questions mainly about the origins of the ICCA approach and its content. Participants asked if ICCA means ‘sacred sites,’ and what are the factors responsible for the degradation of ICCAs in Burkina Faso, and what is the role of faiths in these issues, and what could be the solutions.

The community representatives, mandated by ASAPAC-BF, expressed the importance of legal recognition. For them, support from the state should go beyond the adoption of laws and should support the villages ‘in a straight and concrete way’ in the conservation of their natural sites. They notably referred to the example of gold diggers who act without any official authorization and destroy the groves of the villages.

Given that very few people know the ICCA approach, ASAPAC-BF counts on the meetings and the involvement of the media to offer more visibility to ICCAs, as well as on the resource persons to carry on the discussions. The representatives of the local authorities and the ministry of environment stated to the other participants that they would be available and interested in supporting any initiative from NATUDEV and ASAPAC-BF to apply the recommendations of the study once it is validated.

If the law on land charters is applied to an ICCA, we must make sure that the fundamental principles that underpin the notion of ICCA are observed. Such compliance is needed both in the process of drawing up the local land charter and in the spirit and letter of the charter and the municipal decree that would formalize it. As local conventions, we should define local land charters in a concerted manner within the village communities to which the concerned ICCA belongs. The municipality would legally recognize the consensual legal decisions of the local communities.

However, this solution of recognizing ICCAs through local land charters does not exclude the prospect of advocating for the explicit recognition of ICCAs in national legislation, either through a national law dedicated to ICCAs or by taking them into account in texts specific to each type of ICCAs (pastoral areas, sacred woods, etc.).