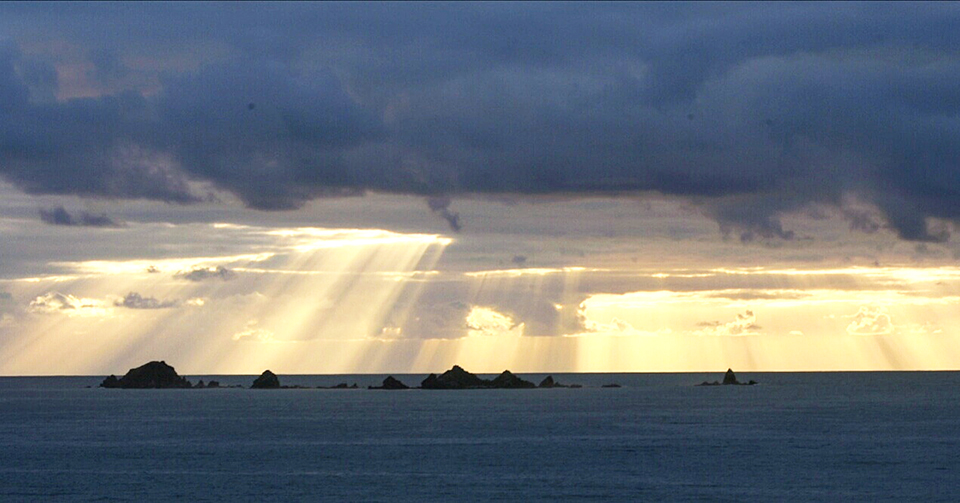 The complementary use of scientific and Indigenous knowledge will allow for better implementation of spatial management in coastal and marine territories of life.

Translated from Spanish by Chris Jarrett

For coastal rural communities, the marine environment is central to the symbolism and traditions of local cultures, which historically have been linked to their territories and resources. Local peoples’ subsistence and the local economy rely, to a large extent, on the extraction of marine resources, a historically rooted phenomenon that continues today. It is in the context of this close and enduring relationship between communities and their territories that what we now call Traditional Ecological Knowledge (TEK) is built upon.

There are many variations on this term, with particular foci— traditional local knowledge, traditional environmental knowledge, Indigenous knowledge, or popular knowledge— but it is broadly defined as “a cumulative body of knowledge, practice, and belief, evolving by adaptive processes and handed down through generations by cultural transmission, about the relationship of living beings (including humans) with one another and with their environment.”

Founder of the journal Ethnoecology and famous scientist Victor Toledo wrote in his 1992 article titled ‘What is ethnoecology? Origins, scope, and implications of a rising discipline’ about similarities and differences between western science and TEK. Like scientific knowledge, traditional ecological knowledge is rooted in Aristotelian thought and is the product of a cumulative and dynamic process of practical experiences and adaptation to change. If we had to define the main differences between the two, we could say that traditional ecological knowledge, unlike scientific knowledge, is local, holistic, and is based on a worldview that integrates physical and spiritual dimensions. The current conservation regime in Chile gives significant importance to the development and application of scientific knowledge in the creation and implementation of the existing categories of conservation areas in the country. It often keeps aside or neglects the value of TEK in complex socio-ecological systems. The benefits of integrating TEK and scientific knowledge are numerous and include, among other things, improvements of human wellbeing (health and nutrition), theory and adaptation to environmental phenomena (e.g. climate change), advances in fish ecology and biology (e.g. repopulation, fish weirs), advances in oceanography (e.g. description of currents), and improvements in agroforestry techniques (e.g. permaculture, pesticides).

Among the categories for marine conservation areas in Chile, Marine and Coastal Areas of Indigenous Peoples (MCAIP) can be classified as falling within what the IUCN calls ‘other effective area-based conservation measures’ (OECMs). And due to its feature, which seeks to; i) to safeguard customary uses, and ii) to ensure the rights of Indigenous communities over their coastal and marine territories, TEK must be a fundamental part of both the creation and implementation of MCAIP. The recognition and validation of ancestral practices and uses during the legal processing of an MCAIP is done through what has been called a ‘Customary Use Report’ (Informe de Usos Consuetudinarios). But it is important to be clear that this in no way should be interpreted as an exercise of inclusion and valuation of TEK in establishing an MCAIP.

The documentation and valuing of TEK have the greatest impact during the development of the MCAIP’s Fishing Management and Governance Plans. It is at this stage that Indigenous communities and informal users (members of the local community who use the territory but are not part of the requesting Indigenous communities or associations) could give value to local knowledge.

As in any field, in the academy, we find differences of opinion regarding the value of TEK. While some researchers consider it imprecise, unsubstantial, or even anecdotal, others assign great value to its potential to provide information and models relevant to natural resource management, given that since it is developed in situ, it considers the ecological and socio-cultural particularities of each territory. We must be clear that it is not a question of choosing one type of knowledge and rejecting another, but rather of highlighting the advantages of working in a complementary way with both Indigenous and scientific knowledge.

The incorporation of TEK into the process of designing and administering MCAIP, and particularly the management of fisheries, makes it possible to address natural and social events and processes that would otherwise be unknowable, to reduce costs (such as money and time), and to design administration and management mechanisms to facilitate implementation and ensure follow-through by the local communities.

We must bear in mind that developing scientific knowledge requires the application of the scientific method, which, depending on the object of research, can entail a high cost in terms of time and resources. TEK makes it possible to bring together years of experience and observation of a particular process on the part of various users, which not only generates a final ‘snapshot’ of the results from the process but also makes it possible to go deeper into the intermediary or indirect factors that could have some degree of interaction with the object of study.

From a biological and fisheries point of view, and because MCAIP is usually located in areas that traditionally have open-access fisheries, there are no time-series or even sporadic scientific studies on the biodiversity and the state of exploitation of natural resources. Even less knowledge is documented about how local coastal communities relate to or make use of these resources or other ecosystem services.

The lack of this information can have a significant impact on the governance and management plans of an MCAIP since these administrative instruments are usually developed by technical agencies that do not necessarily have complete knowledge of the territory and its customs. Even if an MCAIP had highly developed scientific knowledge, Indigenous knowledge would allow it to recognize and understand processes that would not previously have been addressed or recognized by the academy.

From the point of view of the implementation of the MCAIP, the incorporation of TEK into the process of designing mechanisms for fisheries governance and management will allow for the development of strategies that facilitate its implementation, to the extent to which there is a coupling of the sociocultural reality of the territory and the fisheries governance and management plans. Indigenous communities have deep knowledge of the ecological processes of their territories. Many of these processes have been sustained traditionally and voluntarily, without the need for formal administration: spawning periods that translate into temporary bans, or areas for recruiting juveniles where no extraction takes place (closed zones), or controlled extraction volumes equivalent to capture quotas, even repopulation activities (relocating) following local extinction processes.

These are some of the mechanisms for the governance of subsistence fisheries that originate from Indigenous knowledge and have been traditionally implemented in the territories. Their formalization in the fisheries management plans of a MCAIP should result in benefits not only from an ecological point of view but also for sustaining the sociocultural heritage of the territories.

Thus, appropriately designed governance strategies for MCAIP and fisheries that consider both scientific knowledge and Indigenous knowledge will allow for better implementation of spatial management in these territories of life.