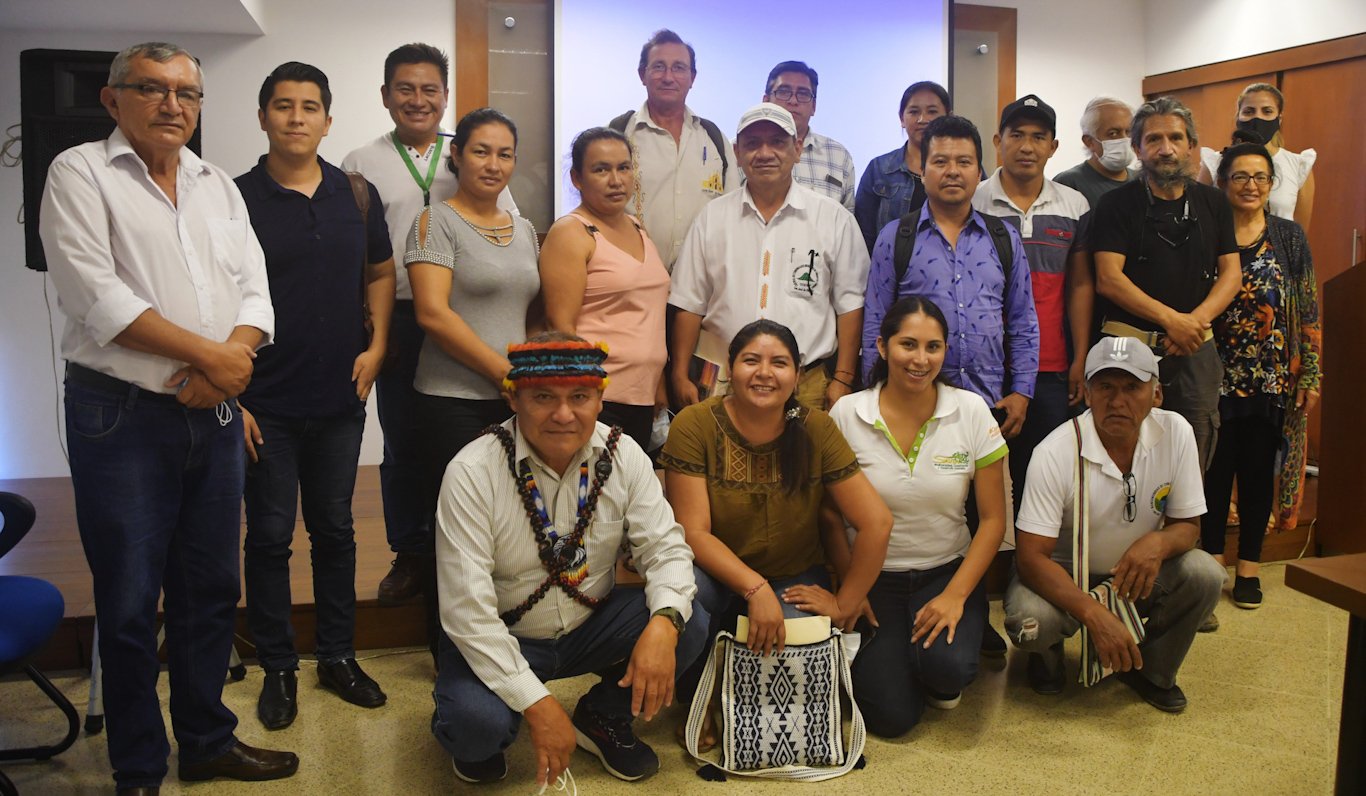 The ICCA Consortium Assembly brings together Indigenous leaders who defend their territories, men and women with experience in the fight to conserve natural resources in Bolivia. These territories of life conserve biological diversity and sacred sites that are protected and governed by Indigenous Peoples and local communities, as they are their source of food, medicine, water, and other local livelihoods

With the participation of Indigenous leaders and representatives from different territories of the country, on March 15, 2022, the ICCA National Assembly was held in Santa Cruz, Bolivia. During the event, the participants talked about environmental issues and their experiences and challenges in defending their territories that are being attacked and infringed upon. Also, they debated and analyzed various threats facing priority territories to conserve, such as the Chiquitanía, the Chaco, the Pantanal, and the Amazon regions.

“There is a need to conserve the planet that is in danger. Scientists have already said that we should have already done this, and since we did nothing so far, we have to start today,” stated Mr. Wrays Perez Ramirez, Indigenous leader of the Wampis Nation of the Peruvian Amazon (GTANW, ICCA Consortium Member) and president of the Latin American ICCA Consortium.

“I invite you, brothers and sisters, leaders of your ICCAs, leaders in your territories, to join forces to continue working in defense of our territories, because there are already important alliances that are raising awareness. Europe is starting to realize that for thousands of years Indigenous Peoples have conserved these forests from which the world benefits.”

This event was also attended by local authorities from Chiquitanía, from the Central de Comunidades Indígenas de Chiquitos Turubó and the Cacique General from the Cabildo Indígena Chiquitano de San José de Chiquitos, along with representatives of the protected areas of the Patrimonio Natural e Histórico Santa Cruz la Vieja (which is part of the jurisdiction of this municipality and is also Cultural Heritage of Humanity). The representative of the Autonomía Indígena Guaraní Charagua Iyambae (area of ​​influence of the Parque Nacional ANMI Kaa-Iya del Gran Chaco) was also present. This protected area was created following the initiative of three lowland Indigenous Peoples. It was a historical milestone in Bolivia as it preserves ancestral Indigenous values ​​and the largest representative example of the Chaco tropical dry forest in the world.

This assembly was also attended by new members of Indigenous and local communities who are preparing to join the Consortium as Members. Among them there are the Central Indígena Bajo Paraguá (CIBAPA), leaders of the El Porvenir community, the Chiquitana Community of the San Ignacio de Velasco municipality located between the Chiquitana and Amazon ecoregions, surrounding the Parque Nacional Noel Kempff Mercado. From the Pantanal (Sitio Ramsar), women leaders of the Asociación de Mujeres Emprendedoras de la Comunidad Chiquitana de Santo Corazón joined in, sharing their experiences with initiatives that strengthen their local livelihoods in Santo Corazón, as well as the actions in defense of their territory against mining threats. This community is located within the ANMI San Matías Protected Area, where they participate in projects focused on an ICCA approach.

One of the outstanding new Members present at the assembly was the Central Indígena de Comunidades Originarias de Lomerío (CICOL), which is one of the most representative regions of the Chiquitanía under the governance of Indigenous People. 90 percent of the territory of the municipality of Lomerío is Tierra Comunitaria de Origen (TCO) and a Reserva Natural de Inmovilización Biológica of the Lomerío area.

Also, from the Amazon area of Beni and La Paz, representatives of the Consejo Regional Chimane Mosetén of the TCO Pilón Lajas and the Mancomunidad de Comunidades Indígenas de los Ríos Beni, Tuichi y Quiquibey attended the event. This organization defends their territories and protected areas against various threats, such as the hydroelectric mega-dams planned to be built on the Beni River and the growing threat of gold exploitation. Both organizations expressed their concern, but also their commitment to defend their traditional spaces for future generations and the continuity of their territories and cultures.

Honorary Members of the Consortium with extensive experience and commitment to ICCAs were present, as well as representatives of the Guaraní Museum and the Asociación de Comités de Gestión de Áreas Protegidas del Chaco, Chiquitanía, Pantanal y Amazonía Sur.

The assembly was organized by the Savia Association, which acts as ICCA coordinator for the Amazonian countries. The event was marked by an enriching debate and exchange of experiences, during which the attendees proposed to carry out joint actions to strengthen the ICCA Network and each of its territories of life in Bolivia. At the end of the assembly, the new leader of the national coordinating body elected was Mr. Ronald Zeballos, a member of Central Turubó.