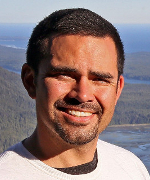 Based in British Columbia, Canada. Eli is a Nuu-chah-nulth Canadian political scientist whose special focus is on Constitutional Law, International Dispute Resolution and Ecological Governance. Co-founder of the Ha’uukmin Tribal Park in Clayoquot Sound on the west coast of Vancouver Island, Eli is the great- grandson of Nah-wah-suhm, who was a public speaker and historian for Wickaninnish, Tyee Ha’wiih of the Tla-o qui-aht Nation. A proud father of five, Eli holds himself accountable to Future Ancestors and invests his time in several related working groups: Committee Member, Canadian Commission for UNESCO’s Man and the Biosphere National Committee; Plenty Canada, Nation Building Program (Director); and Liaison for Ecotrust Canada’s Business Development Group. Through the natural education (Ha’hopa) provided by his elders, Eli has gained an appreciation for the profound simplicity of Hishuk-ish Tsawaak (everything is one and interconnected).  He applies this perspective in his life and work through the pursuit of common ground and alternative pathways to economic certainty, environmental stewardship and the assertion of Aboriginal Rights and Title. Eli was a recipient of the 20th Anniversary Canadian Model Forest Achievement Award in 2012. Building on his experience in a variety of community development areas at the Tyhistanis Equilibrium Community Development site in the Pacific Rim National Park Reserve and at Opitsaht in the Meares Island Tribal Park, Eli has developed an Indigenous Watershed Management Area Program with Ecotrust Canada, which offers services to First Nations across Canada.