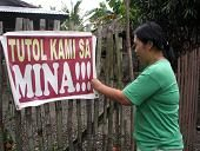 SAY NO to mining in Palawan Province, the home of the best conserved and most ecologically diverse forest in the Philippines. Sign the on-line signature petition to deliver a strong message to the Philippine and Palawan governments demanding for an immediate stop of ongoing and pending mining activities in Palawan and for the non-endorsement of new mining applications.

Palawan is home to three main ethnic groups: The Palawan, the Tagbanua and the Batak. The southern part of the main island, where most mining activities are concentrated, is also inhabited by vulnerable indigenous communities living in partial isolation.

Their livelihood is based on ‘swidden’ cultivation, hunting and gathering, and commercial collection of Non-Timber Forest Products (NTFPs).

The Indigenous people of Palawan regard natural forms of the landscape as physical evidences of mythological events. Local legends recount that mountains are portions of the terrestrial world that remained untouched when the legendary flood submerged the whole island and thus provided refuges to the survivors of the human race. Mountain peaks are also believed to be closer to the next upper level of the universe, which is said to be inhabited by various super-human deities. All heroic beings that molded the landscape are recalled in myths and sung epics. Today the areas being threatened by mining activities also include indigenous burial grounds, sacred and worship sites. The local inhabitants perceive the destruction of these historical and natural landmarks as an obliteration of their history and collective memories of the past. 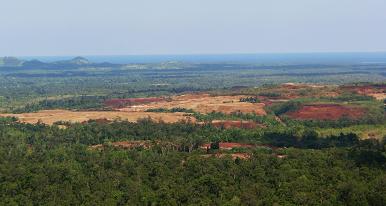 Due to the presence of indigenous communities, especially in remote uplands, Palawan island does includes several ICCA areas, which have been sustainably managed since time immemorial (see for instance the Tanabag Batak Community Conserved Area grassroot discussion). Until now Palawan indigenous communities are the traditional custodians of a unique biodiversity which also includes 49 animals and 56 plant species which are globally threatened with extinction, according to IUCN (The International Union for the Conservation of Nature).

Open-pit and strip mining for nickel results in the flattening of mountain tops, in the plundering of precious forest, in the production of vast amounts of tailings that contaminate fresh water sources and the sea.

In less than one decade, mining could obliterate a highly diverse landscape which is the only source of livelihood and cultural sustenance for hundreds of indigenous and rural communities.

In 1990, because of its rich biocultural diversity, Palawan Island was declared by the UNESCO as a ‘Man and Biosphere Reserve’. Moreover, the European Union and European Commission have also invested huge resources in the protection of the island. In spite of these conservation efforts and of the UNESCO declaration, the Philippine Government is favoring the intensification of mineral exploitation on the island, thus undermining the integrity of the last forest sanctuaries and of Indigenous Community Conserved Areas (ICCA). The Palawan Council for Sustainable Development (PCSD) – the provincial government body in charge of ensuring the sustainable development of the island – has failed to fulfill its mandate and has already released environmental clearances (EC) to mining corporations . 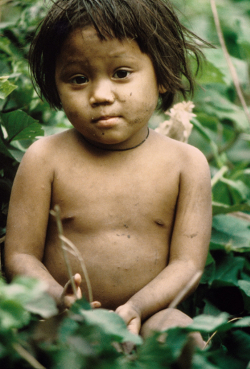 Mining companies such as MacroAsia, Ipilan Nickel Mining Corporation and LEBACH have entered protected zones and indigenous cultivated land where they have already excavated test-pits and made deep drilling-holes. This is particularly prevalent within the uplands of Brooke’s Point Municipality (see ‘geotagged’ report: http://participatorygis.blogspot.com/2010/01/counter-mapping-in-philippines-gantong.html).

Further south, Rio Tuba Nickel Mining Corporation (RTNMC) has already built roads across the Bulanjao mountain range, thus undermining the integrity of one of the most precious biodiversity hotspot in southern Palawan.

Corporations such as Citinickel, Berong Nickel and other mining companies partnering with the Canadian MBMI group represent an additional threat to Palawan forest (see: http://intercontinentalcry.org/indigenous-peoples-unite-against-mining-in-palawan/)

Recently, the struggle to Save Palawan has reached momentum after the ominous murder of environmental campaigner and radio journalist Gerry Ortega who was shot dead on 24th January, just after leaving his radio station DWAR Palawan (see http://www.intellithink.com.ph//doc-gerry-had-a-dream)

Please sign the No-2-mining-in-Palawan-Petition launched by the Save Palawan Movement, a multi-sectoral coalition of concerned environmental, legal religious and other civic groups: http://www.intellithink.com.ph

Thank you for your support!!!