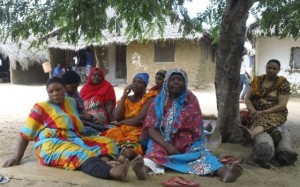 This Consortium alert involves Uvinje, a small, coastal sub-village of Saadani Village, north of Dar es Salaam, in Tanzania. The residents of Uvinje face forced eviction from their land and homes

Read here a peer-reviewed article on this case: A cartography of dispossession: assessing spatial reorganization in state-led conservation in Saadani, Tanzania, by Alejandra Orozco-Quintero and Leslie King, 2018. Journal of Political Ecology 25: 40-63

Protimos is working in partnership with local lawyers to ensure that the Uvinje community is able to assert its legal rights in this land rights dispute. As part of its efforts, Protimos asked the Legal and Human Rights Centre in Tanzania to carry out a fact-finding mission to the sub-village. Their mission report describes residents as ‘living in fear and tension.’ Yet there is no suggestion that the residents are willing to concede; as the report states, ‘they are ready to die defending their very precious asset. Read more here

Following the recent election of President Magufuli, who is known to be a proactive reformer, the Consortium has sent him a letter welcoming him to power and urging him to direct his agencies to urgently resolve the matter of Uvinje in a fair and practical manner that puts the interests of ordinary and poor citizens first. We have stressed that any delegation that is sent to investigate the case should be independently led and advised.

The Consortium has just submitted a fourth letter to the President of Tanzania concerning the proposed eviction of villagers from Uvinje.

The letter congratulates the President on his decision to revisit the issue through redrawing the Park boundaries in absolute accordance with the letter of Tanzanian law, but urges him to remain mindful that failure to attend to local land rights, has many times proven counter-productive to conservation.

Read the follow-up letter sent in by the Consortium

As no answers were received from the first letter, and as we are now critically close to negative outcomes, a follow up letter was sent today to the government of Tanzania.

Read the follow-up letter sent in by the Consortium

This call has been forwarded in Tanzanian Press here.

The residents of Uvinje face forced eviction from their land and homes ecause the Tanzania National Park Authority (TANAPA) has redrawn its boundary lines and unilaterally gazetted Uvinje’s present and ancestral lands to extend the coverage of Saadani National Park.

In 1965, the Saadani village leaders themselves approached the Director of Wildlife to request support to protect local wildlife that was being indiscriminately hunted by outsiders. The Saadani Game Reserve (SGR) was created, and officially gazetted by the Wildlife Division in 1974. The community thus voluntarily contributed over 66% of their original lands to the Reserve, including voluntarily vacating some smaller sub-villages, close to the better rangelands where wildlife found important habitats. In exchange, the community was promised the retention in perpetuity of the coastal areas where their main villages, including Uvinje, are situated. In the 1990s, without involving or consulting the local communities, TANAPA redrew the boundaries of the Saadani Game Reserve to include the totality of the Uvinje and Porokanya sub-villages and a portion of the remaining Saadani village lands. 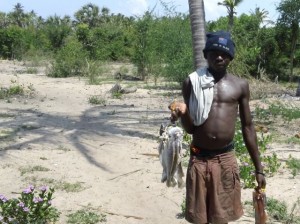 In 2006, an official investigation by the Commissioner of Bagamoyo District and the Regional Commissioner of the Coastal Region into the status of the village lands ruled firmly in favour of the villagers. In late 2011, however, TANAPA and a new Bagamoyo District Commissioner insisted that the villagers were to relocate. In June 2014 government officials and policemen attempted to start the expropriation of the Uvinje community’s lands. There have also been attempts to persuade Uvinje villagers to accept compensation, which legitimate members of the community have steadfastly rejected. Now, recent independent research set out the full history of the status of the lands in question, including expert spatial analysis of relevant maps and boundary descriptions. 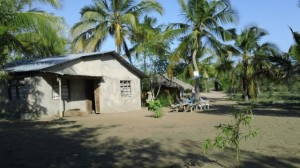 Despite the decision by TANAPA to alter the recorded boundaries of the Saadani game reserve, the villagers of Uvinje remain the legal owners of the village lands in question, for which they have for a long time proven to be diligent custodians, able to respect and manage wildlife whilst remaining in situ. The Consortium is appealing to the top national authorities in Tanzania to cancel the proposed eviction of Sadaani villagers from Uvinje. In our letter of August 20 2014, we stress that, as of 2012: 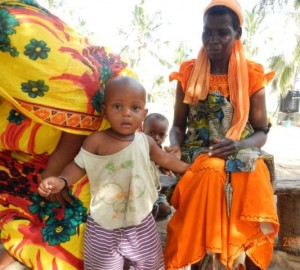 The Consortium appeals for amicable dialogue between State and the villagers of Uvinje and the seeking of a mutual agreement possibly via one of the many constructive options that exist, in Tanzania, to secure and conserve village land and natural resources.

Read the letter sent in by the Consortium

Are here are the explanatory annexes:

Follow this link to read the website dedicated to this case. A lot of detailed information, notably a spatial analysis of the case can be found in it.

You can also visit the Just Conservation.org blog on the case.