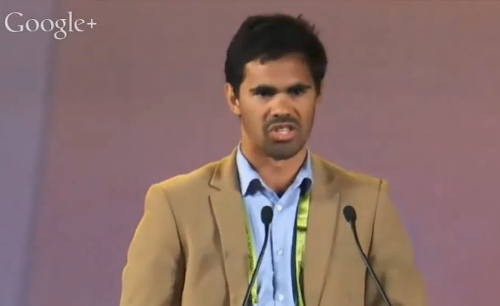 A young Traditional Owner of the Great Barrier Reef (Australia) described his attachment to the largest living being on Earth, which his people is supposed to respectfully care for and conserve. He also conveys a statement on the subject from a gathering of indigenous peoples and local communities from five continents (Communities conserving nature and culture, Blue Mountains of Sydney, November 2014).
The speech is offered during the closing plenary of the World Parks Congress, Sydney 19 November 2014.