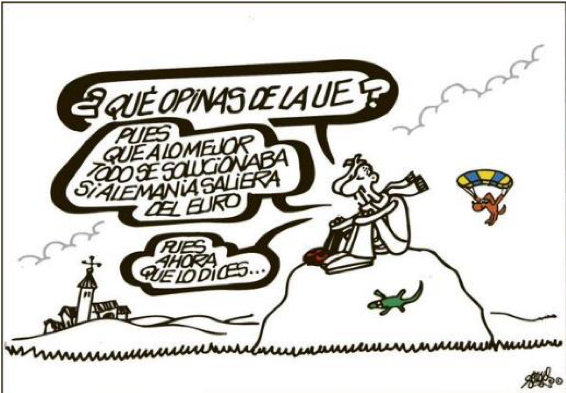 By: Concha Salguero Herrera, Honorary Member of the ICCA Consortium

I am currently writing a report for ICCA Consortium to deepen the understanding of ICCAs in the policy context of the European Union, for which I am reviewing relevant UE policies with a focus on the Common Agriculture Policy.  In this, I am trying to identify impacts and leverage points, and to propose recommendations for initiatives and tools for awareness and action that will support the values and role of ICCAs in European contemporary society.

The term “ICCAs” is nowhere found in the EU social and political context but the concept can quite easily be applied to systems of communal tenure, whether common land (eg. common grazing areas) or jointly managed systems (eg, some marine protected areas). Considering that ICCAs depend on collective tenure of natural resources, this report’s analysis is built around the premise that land, water and biodiversity are “common resources” and any effect on them, will also affect the associated communities.

Historically of great importance in Europe, these communal systems have largely been displaced or marginalized by the current market economy, suffering abandonment and hardly even being considered by EU or national administrative and political structures. Despite this adverse situation, these systems still exist in Europe across a surprisingly wide area, which gives an indication of their resilience and capacity to adapt over time. Furthermore, these “European ICCAs”, are experiencing a sort of revival that seems to be triggered by local community demands, under the increasing pressure that the economic system and privatization processes exert over natural resources, with EU policies being the main catalysts of these tensions.

Interestingly, while some of these ICCAs are quite ancient, dating back many centuries, there are also new ICCAs emerging, which bring common tenure systems back to the current EU context as a highly valuable ‘retro-innovation’ tool in the face of the challenges posed by the economic and environmental crisis. This presents a powerful argument for that part of the European civil society that is increasingly proactive in fighting against a combination of generally poor public participation, design and practical application of EU rural policies.

The analysis undertaken for this report is revealing that communal systems are largely unknown to the wider society and ignored by public authorities in Europe, despite applying to several million hectares of land and coastal waters. Much research remains to be done on these practices and traditions within the EU, starting with the need to collect basic data and fill important information gaps. If current civil society strengths can be capitalized to promote the values of ICCAs through the correct EU policy instruments, these hugely important but frequently neglected systems could be an invaluable agent in pursuing a new socio-economic paradigm which is so urgently needed, in Europe and beyond.   I hope that this report can make a small contribution to that challenge.