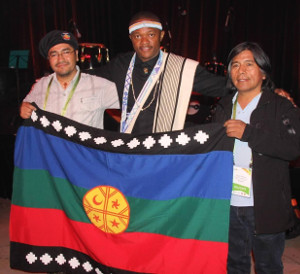 Today, international conservation policy can no longer ignore ICCAs— something impossible to imagine ten years ago. After the recent CBD COPs the World Conservation Congress of 2012 and the World Parks Congress of Sydney 2014, “conserved areas” are recognized by more and more people to be at least as important as protected areas in conserving the basis of life in our planet.

This, however, is not lessening the risks for ICCAs. In the short term, it may actually heighten such risks, a fact of which we have been aware for some time. For instance, increased visibility and interference in their internal affairs— in particular external intervention in ICCAs’ governance institutions—are likely to generate destructive conflicts within the ICCA caretaker communities.

Even explicit initiatives and policies that aim at recognizing and supporting ICCAs can easily become inappropriate, and end up damaging—more than strengthening—the relevant communities. Yet, the “genie” of the conservation value of ICCAs is out of the bottle, and we must learn fast how to control its power. In other words, now that the world knows that ICCAs have conservation value, we must try to make sure that the recognition of such value is appropriate and non-destructive. Very similarly, enhanced awareness of the carbon stock value of ICCAs amplifies the threats of misappropriation and programmes such as REDD+ must be accompanied by specific safeguards. Read more