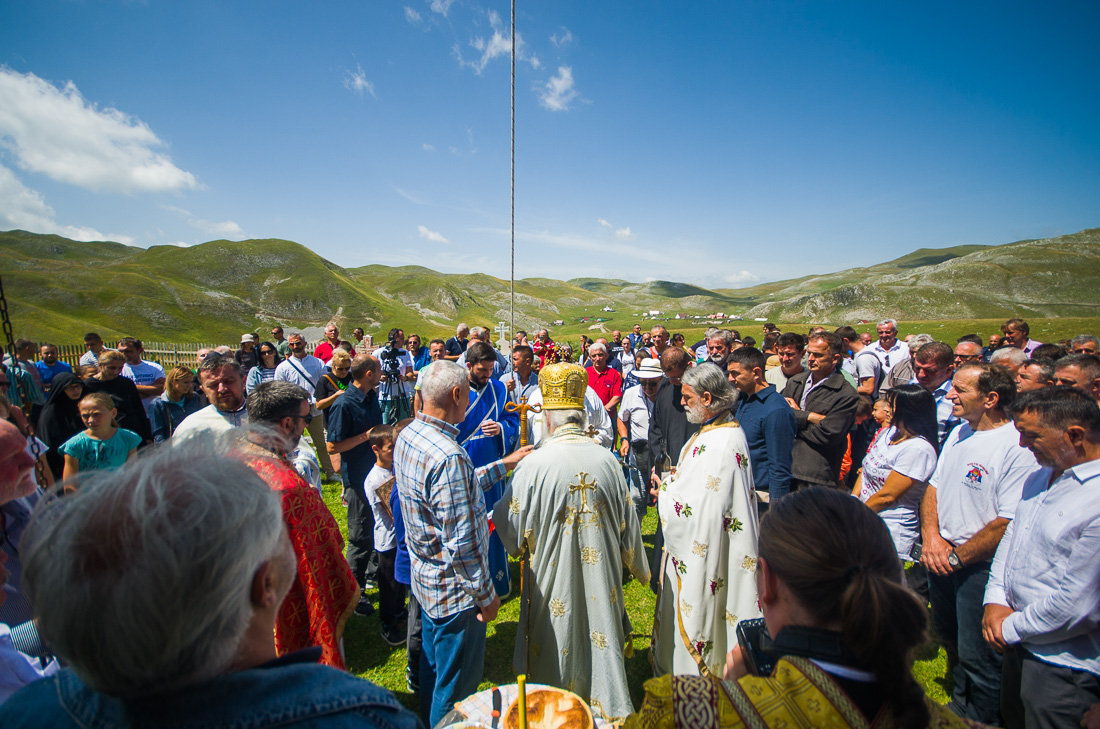 Local and international environmental and rights groups have urged the Montenegro government and the European Union to scrap the project to militarize the Sinjajevina highland pastures. Montenegro and the EU should listen to the local communities in the country’s Sinjajevina mountain grassland, they said.

At the heart of Montenegro, the Sinjajevina-Durmitor mountain range is surrounded by over 22,000 people living in small towns and hamlets. It forms part of the Tara River Basin UNESCO Biosphere Reserve and is bordered by two UNESCO World Heritage sites, which is at the same time the inherited and cumulated work of pastoralist activities over millennia still ongoing. Indeed, this area represents a genuine example of sustainable development and cultural resilience for Europe and the world as a whole that are increasingly rare.

Recent actions by the government of Montenegro to convert a large part of this traditional and unique pastoral territory into a military training ground led to local communities, civil society, NGOs and academics to organize a defense of these highly valuable pasturelands and cultures, to establish a community co-designed and co-governed protected area.

Several local and international groups have issued statements to express solidarity with local people to protect Sinjajevina. LRN (Land Rights Now) led statement published in August 2020 and supported by nearly 100 NGOs at national and international level. In it, the local Save Sinjajevina Association noted that Montenegro wants to be part of the European Union and, to that purpose, it must respect and protect European values, including the EU’s New Green Deal and biodiversity strategy adopted in mid-2020. The local civil society groups said the ongoing project to militarize the region is in direct contradiction with the recommendation of a 2018 study co-funded by the EU that expected the creation of a protected area in Sinjajevina by 2020. The Save Sinjajevina Association with its EU collaborators has also launched an Avaaz petition to Olivér Várhelyi, EU Commissioner for Neighbourhood and Enlargement, to urge the European Union to include as a pre-condition for Montenegro’s EU membership to close up the military training ground in Sinjajevina and to open consultations with local communities to create a community-led protected area.

The Save Sinjajevina Association states that for many generations, the seasonal highland pastoral settlements (katuns) in the territory of Sinjajevina, belong to eight major tribal groups. Each tribal group has its own rules of land governance concerning the timing of access to pastures and the ways of using them to guarantee its conservation and their sustained use supporting their livelihoods and millenary cultures.

The Save Sinjajevina Association also stated that, in addition to the loss of access to traditional pasturelands, they fear that the militarization of the area will lead to physical risk, human casualties, air pollution, crop, and animal damage, loss of economic value of their production, loss of livelihoods, wildlife and agrobiodiversity loss, and reduced ecological and hydrological connectivity. Over twenty thousand people and businesses of the region will be deeply affected socially and economically.

Describing the current situation as an evolving crisis in Sinjajevina’s territories of life, the ICCA Consortium, one of the signatory NGOs of the AVAAZ petition, has called the Montenegro government to stop all military linked construction activities in the environmentally and culturally critical Sinjajevina region. The ICCA Consortium also states that Montenegro government’s plans to occupy Sinjajevina private and common highlands which have already started to be used as a military artillery testing range while people are still present in the pastures, threatens pastoralist and farming communities since the military ground was inaugurated in 2019.

For its part, the Land Rights Now coalition said saving Sinjajevina is a global cause, not just for Montenegrins. It expressed grave concern in recent developments that have seen large parts of pastureland become inaccessible, risky and under threat to locals because of the plans to establish a military training ground. The coalition urged governments and others in power to act to secure land rights of local communities over their pastureland.

Members of the Land Rights Now movement, including the International Land Coalition, Oxfam, and Rights and Resources Initiative have said that pastoralist tribes of Sinjajevina should always have the last word in what happens in their highland territories.