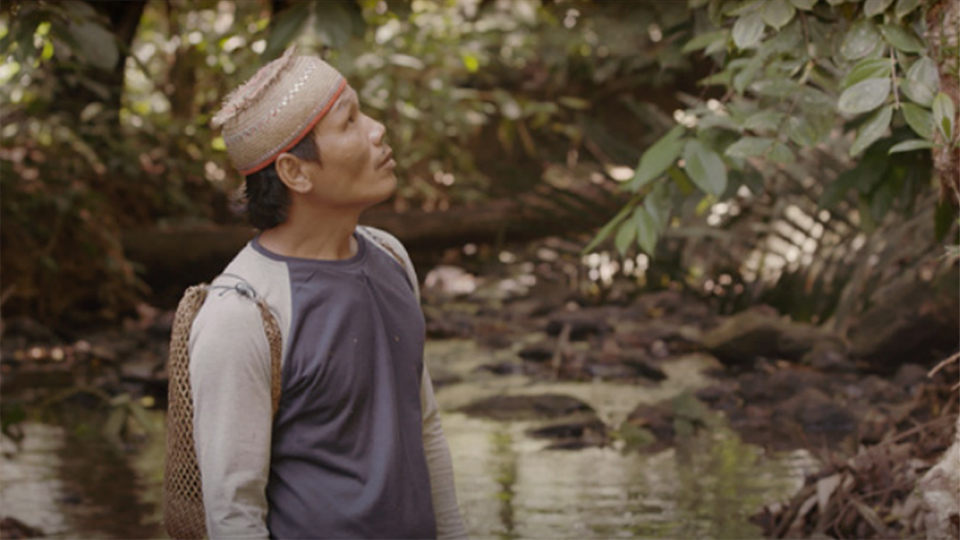 In Indonesia and Malaysia, the states are using the COVID-19 pandemic to justify deforestation and deregulations weakening protections for Indigenous peoples’ forests and territories.

The COVID-19 pandemic has led to an alarming spike in forest loss in Indonesia and has been used to defend one of the biggest legislative changes in the country’s history – the Omnibus Bill. These sweeping de-regulation laws rollback on already weak protections for the archipelago’s Indigenous population and leaves their lands increasingly vulnerable to appropriation.

This is particularly concerning considering investors’ and international financial institutions’ endorsement of mega-projects across Borneo, which now have a greater mandate to arbitrarily annex Indigenous lands in the name of ‘public interest’ because of the Omnibus Law.

Borneo’s borderlands – harbouring some of the oldest and most biodiverse tropical rainforests in the world – are at the epicentre of Indonesia and Malaysia’s oil palm expansion where over half of all deforestation is attributed to the monocrop, threating the home of thousands of Indigenous communities.

Since 2005, there has been a concerted effort to promote the world’s largest oil palm plantation corridor spanning the entire length of this forest, which is the subject of a major report launched by Forest Peoples Programme.

Originally packaged as the Palm Oil Mega Project, this plan was foiled by international outcry. It resulted in the establishment of the Heart of Borneo conservation initiative, which seeks to protect 23.4 million hectares of forests across Malaysia, Indonesia and Brunei.

Despite these gains, the last decade has seen a worrying increase in land conflicts and the criminalization of Indigenous peoples in the border region as oil palm creeps into Borneo’s interior supported by two mega-infrastructure projects, namely the Trans-Kalimantan Road Network – 16 routes extending over 5,316 km across Indonesian Kalimantan – and the Pan Borneo Highway – 2,333 km of major roads across Sabah and Sarawak in Malaysian Borneo.

This new infrastructure carves through the Heart of Borneo, providing all-season access to previously inaccessible forests, opening them up to increasing levels of destruction, exploitation and appropriation by investors. Indigenous lands are particularly exposed. Cover page of the report.

Today, 1% of Indonesia’s population controls 59% of its agrarian resources and land, while less than 1% of the country’s Indigenous communities have received national recognition to even small parts of their traditional lands. This has catalyzed into a perfect storm: the combination of mega-infrastructure, private investments and de-regulation threatens to devastate Borneo’s last remaining tropical forest and the millions of Indigenous people who depend on them for their very survival.

But who’s financing this devastation?

Two big international financiers have their eyes on Borneo’s borderlands.

The Asian Development Bank is promoting its vision of a Special Border Economic Zone with the explicit aim of “extracting raw materials” through “large companies with vested interests”. Its competitor, the Asian Infrastructure Investment Bank (AIIB) is one vehicle for China’s Belt and Road Initiative. AIIB has started to finance infrastructure in Kalimantan.

In April 2020, AIIB announced that “the outbreak [of COVID-19] underscores the importance of infrastructure development”, ignoring the scientific evidence that the expansion of industrial agriculture in the tropics facilitated through roadbuilding is in part responsible for the proliferation of deadly pathogens.

To avoid irreparable harm to Borneo’s ancient forests and Indigenous peoples, their rights must be secured before oil palm or logging concessions in the border region are realized, and associated infrastructure constructed. The Dayak and other Indigenous peoples must be recognized as the rightful owners and guardians of the forest – rather than the extractive companies who profit from its plunder.

“Dayaks can’t be separated from the forest; our lives are spent in the forest. Without her we lose our identity. Though we humans can give birth, the land cannot. If we chop down the forest what hope is there for the next generation, our grandchildren?” Inei Yeq, Spiritual leader of the Dayak Bahau Busaang community of Long Isun

“Today across the borderlands over one million Indigenous Dayak people directly depend on these valuable forests for their livelihoods and continue to play a critical role in maintaining the forest, preserving the rich and extraordinary biodiversity through their traditional conservation practices” Norman Jiwan, Supervisory Board member, TuK Indonesia

“This forest is our mother. If we do not protect it, it will be angry. If it is angry, there will be many disasters. The government has not been able to protect the forest. There are spirits don’t allow us to use forested land so we customary rituals for permission. In farming, we cannot just clear land without customary rituals. It is our community’s traditional practices that protect her. We patrol the forest to defend it from outsiders who come to cut our trees.” Apay Janggut, Tuai Rumah of Sungai Utik longhouse

“The forest used to supply all our needs. Now if the rain comes, everything floods. The forest is gone. There is no way to hold back the water. We can’t plant anything. We lost everything to palm oil.” Lindan, member of the Indigenous community of Semunying Bongkang

“Currently in Indonesia there are 5.5 million hectares in undeveloped oil palm concessions. A substantial number of these can be found across Borneo’s borderlands. If these planned roads go ahead before the land rights of the Indigenous population is secured, we will witness the displacement of millions and an ecological catastrophe which Indonesia and the Globe may never recover from.” Angus MacInnes, consultant, Forest Peoples Programme