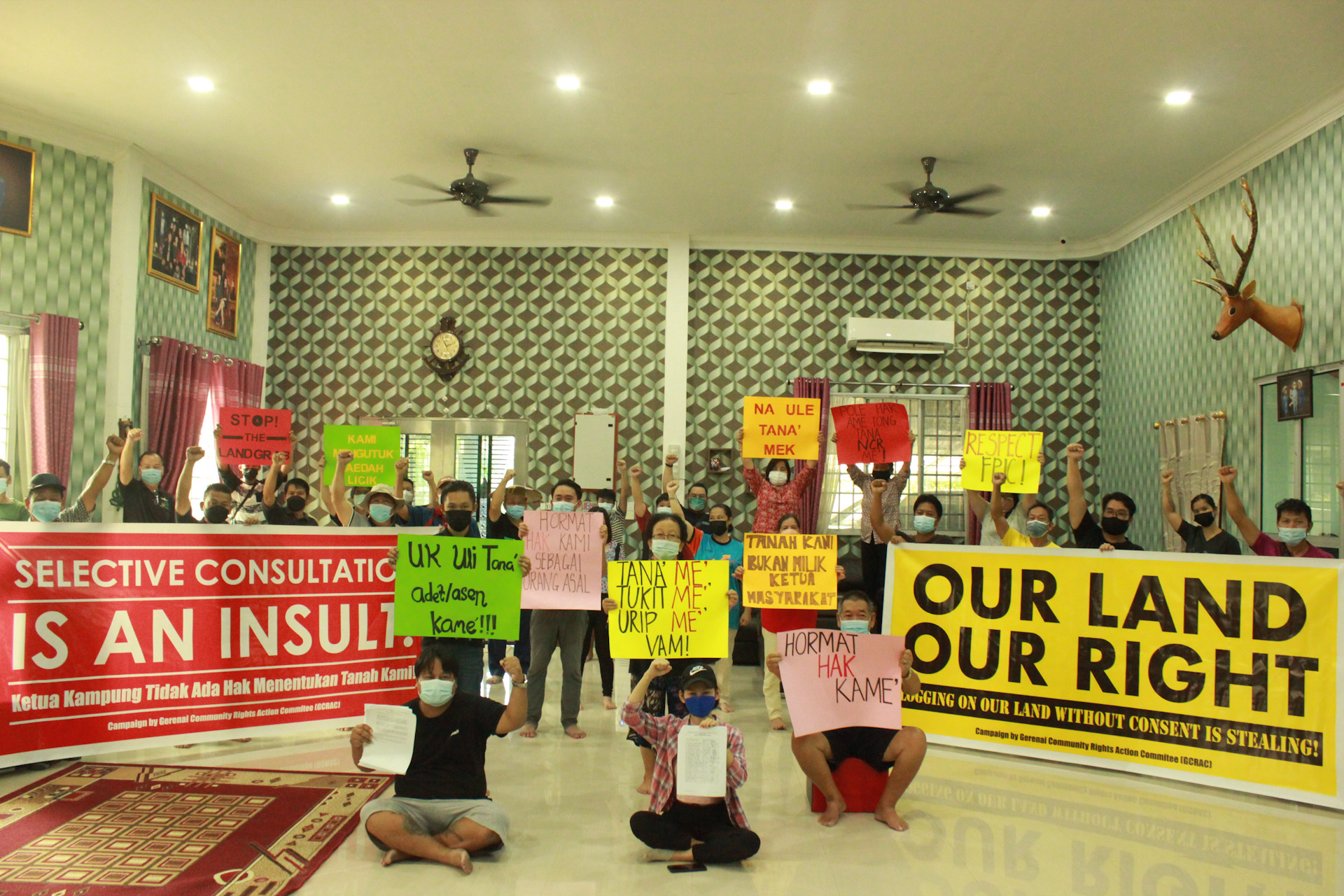 SAVE Rivers is facing a defamation suit from timber company Samling for making public community concerns with logging. Photo: SAVE Rivers

In June 2021, the timber company Samling Plywood filed a lawsuit against Malaysian NGO SAVE Rivers (ICCA Consortium Member) and its directors for publishing allegedly defamatory statements as part of its “Stop the Chop” campaign. Since 2020, this campaign has supported local communities in Sarawak, Malaysian Borneo, who have expressed serious concerns about consultations conducted by Samling as part of the certification process for the Malaysian Timber Certification Scheme (MTCS). MTCS is endorsed by the international timber certification body Programme for the Endorsement of Forest Certification (PEFC).

The logging company is seeking an apology, an injunction to stop SAVE Rivers from reporting community claims, and damages in the sum of RM5,000,000 (EUR1,000,000). This is clearly a Strategic Lawsuit Against Public Participation (SLAPP). Globally, SLAPPs are an increasingly common strategy for companies to attempt to silence activists, journalists and civil society organizations who expose wrongdoing and voice criticism.

In various media releases, SAVE Rivers highlighted the lack of transparency, proper consultations, and free, prior and informed consent regarding the affected communities within Samling’s Gerenai and Ravenscourt Forest Management Units in Sarawak. Samling Plywood is suing SAVE Rivers for statements such as the following:

It is a worrying sign that a stakeholder of a PEFC certification process has resorted to a SLAPP suit instead of engaging in meaningful dialogue with the affected communities and civil society when concerns arise. Communities submitted formal complaints about Samling to MTCS in May 2021, however, the SLAPP suit against SAVE Rivers has interrupted the dispute resolution process opened by the Malaysian Timber Certification Council (MTCC), the custodian of the MTCS, in response to the complaint. Thus, a SLAPP suit against a local CSO has effectively prevented dialogue and legitimate community complaints from moving forward, even though the communities themselves are not part of the SLAPP suit.

Because the SLAPP suit derailed the complaints process with the MTCC, community organizations filed a formal complaint with PEFC. In response, PEFC International has simply referred back to MTCC to deal with the issues and the SLAPP suit. Since the MTCC has bowed to the pressure of Samling, which requested a deferment of the dispute resolution process, the logging is continuing without addressing community grievances. SAVE Rivers has been silenced from speaking publicly about the matter and the communities are at a loss for where to turn next. There is a considerable risk that this SLAPP suit will harm the credibility of the PEFC label as Samling can avoid accountability and continue selling its timber under the label while the court case is pending. Firm action is needed by PEFC International and MTCC to condemn the SLAPP suit, to urge Samling to withdraw the suit, and to engage in meaningful dialogue.

For more information, refer to the following reports in international media: