The ICCA Consortium respect your privacy. However in order to improve our work it is also useful for us to set cookies. Do you agree?
Yes No
Skip to content
The ICCA Consortium has been active in developing a movement to fight and stop the victimisation of defenders of the natural commons and ICCAs. A Memorandum has been signed with Friends of the Earth International, and progress toward this goal is on-going. [su_accordion] [su_spoiler title="The problem" icon="arrow"] Indigenous peoples and traditional caretaker communities are on the frontline in the struggle to preserve, protect, restore, and defend their “natural commons” and, in particular, the territories and areas they collectively conserve, though actions based on their traditional knowledge and customary practices, laws, and institutions (ICCAs). The natural commons and ICCAs are at enormous risk from extractive industries, infrastructure development, monocultures, poaching, commercial overfishing, land and water grabbing, wars and armed conflicts, imposed cultural change, and the privatisation and monetisation of natural resources in general. These are some of the most powerful forces at play in the world today and the price of resisting them to conserve nature, cultural diversity and traditional lifestyles can be exceedingly high in terms of intimidation, violent abuse and injury… and, tragically, even death.  The CALG Bulletin, prepared in collaboration with the ICCA Consortium, provides extensive reference to such appalling incidents. Here are just three cases as examples, out of hundreds recorded in all regions of the world : [su_custom_gallery source="media: 4536,4535,4534" width="172" height="216" title="never"] Karunamoi Sardar was killed by a bomb fired at her while she was leading a peaceful protest against the encroachment of industrial shrimp farms into local mangrove areas in the Khulna Delta of Bangladesh. [su_custom_gallery source="media: 4532,4533" width="250" height="200" title="never"] Councillor Armin R. Marin was gunned down by a mine guard while leading a peaceful anti-mining protest in Sibuyan Island, The Philippines. He died a few instants after this picture was taken. [su_custom_gallery source="media: 4537,4538,4539" width="200" height="150" title="never"] Guarani Indian leader Ambrósio Vilhalva was murdered after decades of campaigning for his tribe’s right to live on its ancestral land in Brazil’s Mato Grosso do Sul state. [/su_spoiler][su_spoiler title="Our work" icon="arrow"]

The Consortium has consistently called attention to the plight of the defenders of the commons and ICCAs (see here a relevant press release) and is exploring the possibility of establishing a Solidarity Action and Fund for the Defenders of the Commons and ICCAs (SAFE). Toward that end, in 2015, it commissioned three consultancies to take stock of the situation in three world regions. Please download from this page the reports of the consultancies with a focus on Asia, Africa and Latin America. Various exploratory meetings followed in 2016 and 2017 (the minutes of the main event in November 2015 are available here), which produced a draft document that envisages SAFE as an ‘action and fund’ with both emergency and non-emergency components (please download the document from here). In August 2016, a Memorandum of Understanding was signed between the ICCA Consortium and Friends of the Earth International, centred on a detailed feasibility study for SAFE, with the goal of having the program unfold in 2017-2018. As the situation is not moving as rapidly as we would like to see, the Consortium  is also exploring partnerships with other relevant organisations. Please see here a summary of what the Consortium would like SAFE to be in terms of objectives, activities and work approach [/su_spoiler] [/su_accordion] Back to the Defending territories of life and their defenders menu

Opportunity, feasibility and effectiveness of a Solidarity Fund for Defenders of the Commons and ICCAs 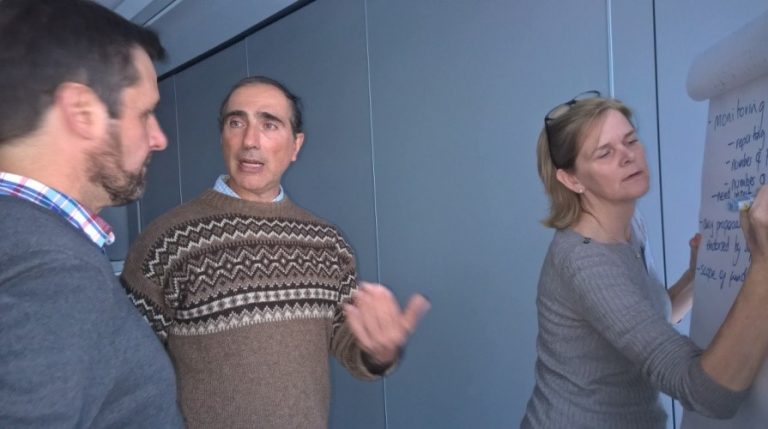 In late 2014, the IUCN World Parks Congress stated: « …we recognize that threats to nature, its biological diversity and protected areas are now at…   END_OF_DOCUMENT_TOKEN_TO_BE_REPLACED

ASIA – Report on the repression of defenders of commons and ICCAs in Caraga region, Mindanao – Philippines

Report compiled by the Coalition against Land Grabbing (CALG), 2015

LATIN AMERICA – Report on Opportunities, feasibility and efficiency of a solidarity fund for ICCA defenders

AFRICA – Report on critical cases and issues from Anglophone Africa in support of a Solidarity Fund for Defenders of the Commons and ICCAs.