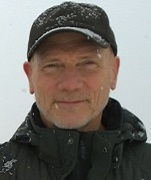 Based in Quebec. Colin is a cultural anthropologist based at McGill University in Montreal. His research focuses on indigenous ecological knowledge, land and sea tenure, conservation governance, and the political and legal processes of indigenous rights among hunting and fishing peoples in subarctic Canada as well as Torres Strait in northern Australia. He has served as an anthropological witness for indigenous land and sea claims in both countries. He has worked closely with the Grand Council of the Crees (Eeyou Istchee) and the Cree Nation of Wemindji in northern Quebec to advance community-defined and -controlled terrestrial and marine conserved areas. He directs the Centre for Indigenous Conservation and Development Alternatives (CICADA, ICCA Consortium Member), a partnership for knowledge co-production involving collaboration between more than thirty indigenous peoples globally and nearly a hundred university researchers who share a commitment to support the ecological integrity of indigenous territories, land- and sea-based livelihoods, and self-determined futures.