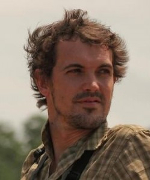 Based in Andalusia, Spain. Sergio is a Spanish biologist with a strong background in multidisciplinary, participatory, and innovative approaches to the study, management, and conservation of vertebrates and their habitats. Among his professional assignments, he has worked as a technician for the European Commission and the Sociedad Española de Ornitología (SEO/BirdLife), and as researcher for the Pyrenean Institute of Ecology (CSIC). As a consultant, he has worked on wildlife management, conducting wildlife inventories for both the governmental and the private sector in Spain. More recently, his focus has been creating tools to enhance the participation and commitment of rural communities in biodiversity conservation initiatives, and to enhance the role and recognition of the commons in Europe. He sees ICCAs not only as embodying environmental, cultural, and democratic values, but also as having the potential to help solve many of the environmental, economic and social challenges of our time. Recently, Sergio led a national study on ICCA recognition and support in Spain.  He is one of the co-founders of Iniciativa Comunales (a Member of the ICCA Consortium), a network of local communities governing commons in Spain. He is a member of the IUCN Commission on Environmental, Economic and Social Policy and works as independent consultant for several NGOs, as well as for various programs in other institutions, including the European Commission LIFE program.