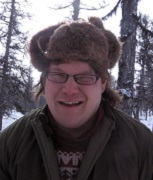 Regional representative for the Circumpolar Arctic

Based in Finland. Dr. Tero Mustonen, a passionate defender of traditional worldview and cosmology of his people, is a Finn and head of the village of Selkie in North Karelia, Finland. He has worked as the traditional knowledge coordinator for Eurasia for the Arctic Biodiversity Assessment. Professionally, he works for the award-winning Snowchange Cooperative (ICCA Consortium Member), which is a non-profit organization based in Finland with members across the Arctic, including the communities of Eastern Sámi, Chukchi, Yukaghir, Sakha, Evenk, Even, Inuit, Inuvialuit, Gwitchin and many more. Mustonen is a well-known scholar of Arctic biodiversity, climate change and indigenous issues, having published over a dozen publications on the topics including the ground-breaking Eastern Sámi Atlas and Snowscapes, Dreamscapes. Mustonen has won several human rights and environmental awards for the work with Snowchange and indigenous peoples of the Arctic. He is the key person to coordinate the Festivals of Northern Fishing Traditions that are organised by Snowchange to connect the traditional and Indigenous fishermen of Eurasia together every two years. The first Festival took place in Finland in September 2014. The second Festival was organised on Lena River, Sakha-Yakutia, Siberia, Russia in September 2016. The 2018 Festival was held in Tornio, Finland. The 2020 Festival of Northern Fishing Traditions is slated for Khanty-Mansia Autonomous Region, Siberia, Russia, in September 2020.