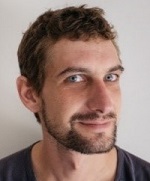 Thomas grew up in the countryside outside Zurich. As a student of anthropology, he became involved with supporting indigenous delegates at the UN Working Group on Indigenous Populations in Geneva. This path later led him to do research with the forest rights movement in Jharkhand, India, and more recently, with the Autonomous Territorial Government of the Wampis Nation in the Peruvian Amazon (the topic of his forthcoming Ph.D. thesis). In between, he has worked as a freelance journalist, specializing in environmental and indigenous issues, with extensive travels in Argentina, Bolivia, and Paraguay. Along with other students and researchers at the University of Bern, he edited the book ‘The Open Cut’ (2016), which unites case studies on conflicts caused by large-scale mining. He is interested in engaged and collaborative research methods. For the ICCA Consortium, he contributes by taking care of publications and research partnerships.