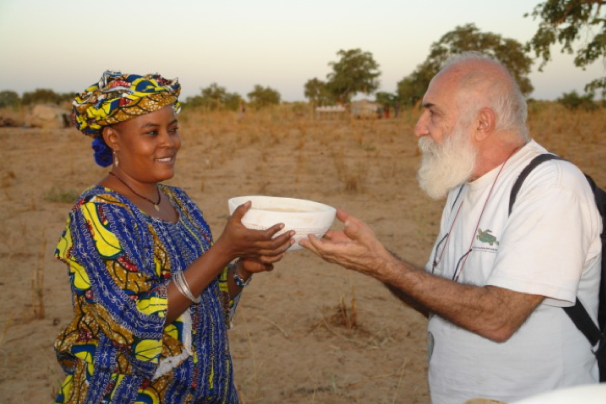 By: Christian Chatelain and Taghi Farvar

Taghi and Christian (Europe RC) carried out a joint mission to Niger and Burkina Faso in November 2011, in close collaboration with Réseau Billital Maroobé (RBM)— one of the first Members of the Consortium. RBM is an association of pastoralist groups in the Sahel, founded by the three largest pastoralist associations in Niger, Burkina and Mali and later expanded to include pastoralists from seven countries in West Africa.

For the mission, Taghi and Christian took advantage of other sponsored travel and had three main objectives:

(i) identifying and contracting a Coordinator for the Sahel region for the Consortium, (ii) defining / planning with him/her a work plan to March 2012 and (iii) discussing ICCA issues with RBM and offering field-based support to in the launching of some concrete initiatives for the appropriate recognition of ICCAs in Niger, Burkina Faso and/or Mali. These three objectives were achieved and the results are the following:

•An ICCA workshop was held on 11 Nov in Niamey (Niger) whereby the concept and practice of ICCA in pastoral environments were thoroughly discussed, and a courtesy visit was made, in the presence of the chairman of RBM, to the King of Dori (Burkina). Two field-based workshops with large groups of pastoralists were also held on Malley and Bangui, (Madaoua – Niger).

• Safouratou Moussa Kane, a Fulani vice chair of RBM from Niger, was identified and contracted as “Sahel coordinator” for the Consortium as of 11 November. Christian is currently seeking financial support for Safouratou to be able to participate in the next Congress of the International Society of Ethnobiology (Montpellier, France, May 2012).

• Two ICCA initiatives were launched in Niger during the mission, respectively for the ICCA recognition of the Malley and Kollangou/Bangui indigenous pastoralist territories in Niger. The first of them is well advanced and the other is currently being organized.