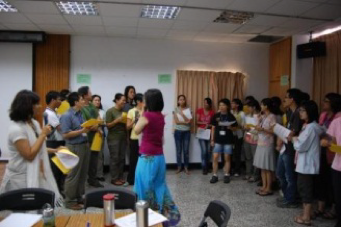 They also visited Lanyu Island, where the Tao People are discussing its possible status as a ICCA to deal with the multiple threats they face, and to highlight their role in conserving its biodiversity. Membership of the Tao Foundation to the Consortium was also discussed.