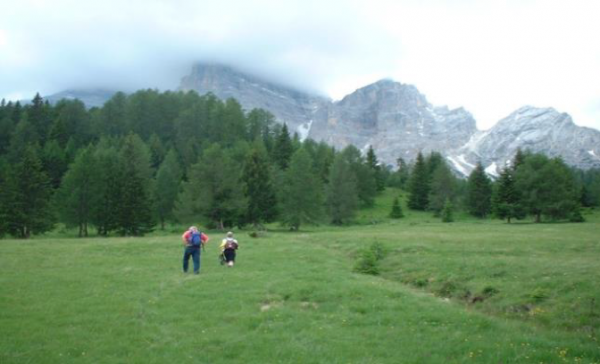 The concept of “ICCA” was developed by bringing together local experiences from all over the world. If it reflects a universal pattern of interaction between human groups and their natural environment, the terminology, definitions, descriptive literature and policy were mainly formulated in the context of the IUCN and the CBD, hence with attention to the global discourse specific to biodiversity conservation. In regional and national contexts, however, ICCAs relate to factors wider than the specific field of biodiversity conservation. They are linked to specific historical trajectories, cultural traditions, legislation and to various policy sectors. In some cases, the ‘global’ formulation of the notion bears elements of exoticism and a connotation of ‘otherness’ that may hamper its application at national level. This gap can be filled with an operation of ‘cultural translation’ and adaptation, not a simple translation of the terms and the literature, but rather the creation of a space where the global concepts and the national traditions meet and are independently elaborated by key actors.

In Italy this work started with two national workshops. In 2004 the CMWG of the IUCN-CEESP in collaboration with Legambiente organized the first workshop in the Aspromonte National Park, on the theme ‘Governance e Partecipazione nel Sistema delle Aree Protette in Italia’ (‘Governance and Participation in the Protected Areas System in Italy’). This was the first time the international concept of “Indigenous Peoples’ and Local Communities’ Conserved Territories and Areas” was publicly discussed in Italy. Building on the national tradition and debate, the group adopted the denomination Patrimonio di Comunità for ICCA, and called for another workshop to be held the following year. The second, larger workshop took place at Trino (Vercelli) on the theme I Patrimoni di Comunità in Italia: Fra Storia e Cultura, Natura e Territorio (‘ICCAs in Italy: History, Culture, Nature and Territory’). A third important workshop on ‘Understanding Community Conservation in Europe’ was organized in 2011 in the Aspromonte National Park (Gerace) by the ICCA Consortium, the Fondazione Mediterranea Falchi, the Aspromonte National Park, the IUCN CEESP and WCPA Commissions and the Regional Office for Europe of the IUCN Global Protected Area Programme.

The case studies presented at Trino indicated that in Italy local communities contribute to biodiversity conservation in several ways, and under a variety of legal and policy frameworks. The lands domestically classified under the heading proprietà collettive e terre di uso civico (common properties and civic uses lands) are very adherent to the international understandings of ICCAs. They are very significant both in term of the extension of the protected land and of impact on biodiversity conservation. Exact figures are not available, but estimations indicate a total amount up to nearly 10% of the national territory, if we include lands not officially considered as such but relevant in other ways. Many communities have an elected board that manages the common patrimony for the collective good. Many such communities have part of their lands designated as part of the Nature 2000 network established by the European Union. A couple of communities are also administering with full legal title official protected areas, a capacity granted by the 1991 national Framework Law on Protected Areas. Several national parks include civic use lands, and all common properties and civic use lands are subject to measures of environmental conservation by national law, independently of the national system of protected areas. The legal protection clauses were progressively attached to common lands to safeguard the original uses, in line with the communities’ practices. This was to secure a sustainable use of the local resources and to transmit an intact natural patrimony to the future generations.

These outstanding results were achieved thanks to a long history of active engagement by some communities in defending their rights, in some cases under several different sovereign States that took control of their territory at different times. Public attention favored the formation of several associations and networks. Today the Consulta Nazionale della Proprietà Collettiva(National Advisory Body for Common Properties -CNPC) provides key advice on legislation and policy. Its federal structure along regional lines responds to the need to advocate at both national and regional (subnational) levels.

There are several academic departments active in the field of common property. Since 1995 the Centro Studie Documentazione sugli Usi Civici e le Proprieta Colletive (Centre for the Study and Documentation on Civic Uses and Common Properties) based at the University of Trento organizes the Riunione scientifica, the national yearly meeting bringing together academicians, communities’ representatives, experts and decision makers. This recurrent event greatly contribu ed to build the basic understandings for improvement in policy and to promote research. It generated relevant scientific outputs gathered in several edited volumes, monographs and in the Archivio Scialoja-Bolla – Annali di studi sulla proprietà collettiva, a specialized scientific journal. The relevant literature produced in Italy and the 3 workshops held in Italy provided the background reference of the case study on Italy included in Recognising and Supporting Territories and Areas Conserved by Indigenous Peoples and Local Communities: Global Overview and National Case Studies. In this study I have tried to re-interpret the intricate Italian tradition on common properties in terms relevant to the global understandings of ICCAs. The XVIII Riunione scientifica held last November in Trento gave the opportunity to present the synthesis of this long work to the larger national audience concerned with common properties. This was done with the help of a power point prepared by Grazia Borrini-Feyerabend and myself. The presentation focused on the international achievements on ICCAs and their relevance to the common properties in Italy. The role of the European Union emerged as a key concern in Italy. Some Italian ICCAs could access the financial instruments of the EU, with an overall good impact both in terms of environmental management and capacity building. However, most ICCAs for various reasons were not eligible and were excluded from the EU policy. It is therefore urgent that in application of CBD Programme of Work on Protected Areas and considering the CBD Aichi Targets the EU integrates ICCAs into its environmental strategy and adopts specific policy to support the European ICCAs, including recognition of the environmental function of common properties and devising appropriate procedures.