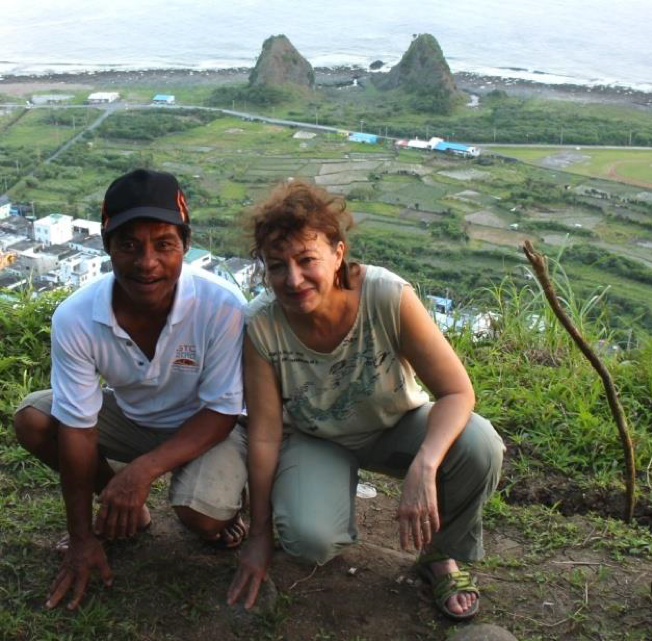 “The last hope for conservation of nature in Taiwan: its indigenous peoples!” I find this note in one of the pages of my notebook from the mission that brought me there in February 2013. I cannot even remember if this was a quote from someone, or my own thought, it could well be both.

Although Taiwan, province of China, is very far from Europe, travelling there was inexpensive, just a stop en route on my way back to Europe from the Philippines, where the UNDP and the Philippines ICCA Consortium about to be constituted had been kind enough to invite me as an advisor. The idea of stopping in Taiwan was to spend a few days discussing ICCAs issues with a few people from civil society, including our Member Tao Foundation, key government officials and the academia. And so it happened. The mission, although short, proved intensive beyond what I had imagined. Three very energetic people: the Consortium Honorary member Prof. D.J. Lu; Sutej Hugu, focal point of Tao Foundation; and Prof. Chiung Hsi Liu (“you can call me Jesse” the first thing I gratefully heard from him) took charge of every step of my way and packed five days with visits to indigenous peoples’ ancestral territories and government officials, ceremonies, mini-workshops, two lectures at different universities, national radio interviews and a variety of meetings. While moving from one event to the other, we toured the island and even managed an excursion to the smaller island of Pongso no Tao….

Taiwan’s recent history is marked by successive waves of foreign invasions and political influences. The Japanese – which controlled the country to 1895 to 1945 – left a mark by moving entire indigenous communities from the interior highlands to the coastal planes, less salubrious but more easily controlled. Those forced relocations are still very much regretted by the indigenous peoples of Taiwan, who claim a collective right to their ancestral territories. Would that be to return as residents? This is not clear. What is more readily agreed is that they would like to restore and conserve their territories, which generally are, today, under some form of state protection or exploitation. No indigenous rights to those lands are legally recognized. The indigenous people do understand that they need to get better organized and formally ask to have land re-assigned to them, possibly as ICCAs. But they also have other needs and priorities to deal with, sometimes even more urgent… For instance, in Ponsgo no Tao—the smaller Orchid island on the south-east side of Taiwan—the Tao indigenous peoples are first of all focusing on rejecting the nuclear repository that had been transferred there “temporarily” several decades ago. The move towards assuming better control of their island as an ICCA can wait a bit longer, but is certainly in their cards. It is actually because of that perspective that the Tao Foundation decided to apply for the Consortium’s membership.

In the meantime, it is not easy to maintain the indigenous youth interested and connected with their ancestral lands. Money has entered life in a powerful way. English may be spoken more commonly than the indigenous languages. Engines and gasoline substitute for the strong muscles of the local fishermen in the fight against the ocean’ waves. Internal and external migrations are common. Some youth and some politicians talk about indigenous self-governance, bi-cultural education and the need to clean up and restore the environment… But tourism, money and party power – the powerful changer of mores – are also major attractors. Legislation is far from recognizing ICCAs but not too many people appear concerned. An interesting distinction is said to be apparent between the Philippines and Taiwan. “The Philippines have excellent laws… but people suffer from sorts of violence. Taiwan has very bad laws… but people are not treated too unfairly.” The relatively peaceful situation de facto maintains a lid on the question of territorial rights.

What to make of paradoxes such as these? Certainly the indigenous peoples of Taiwan need to reflect on their situation and take a conscious strategic approach. During the traditional ceremony for the starting of the flying fish season in Pongso No Tao, the men gathered on the beach, in front of their six gorgeous wooden boats, traditionally crafted and painted, each one the pride of a fishing group. Only some kids still wore the full traditional attire of a loin cloth and embroidered vest. And only some elders still wore the traditional imposing metal hat. Most of the adult men were in modern pants and the traditional vest. The women, also in partial traditional attire, gathered rigorously outside the beach line, watching the men and taking pictures. As tradition demands, the men began by sacrificially killing some chicken. Then the elders from each fishing group spoke. The first talked at length, and with evident scorn, of the practice of taking away stones from the beach, and even occupying part of it with illegal cement constructions. The second spoke about the need to stop the use of nylon nets. Nylon nets are cheap and easily abandoned under water, where they keep killing fish for years. Abandoned nets are responsible for a good part of the diminished fishery around the island. The third elder railed against drinking too much, throwing bottles everywhere, and even letting pigs wonder around without control…. He also supported the first elder. He said that each family should be watching and taking care of the beach closest to its house. All the elders spoke with passion, facing the sea and the rest of people. Syaman Vongayan explained to me that tradition wants the youth to reply to the elders, usually to echo them, and strengthen their calls. This time only one youth rose in response to the elder who denounced the nylon nets. He said that he will organize his group around that. No one else replied.

Of course, times have been changing since the invention of time, so no one should be too surprised that they are changing now. But it is interesting to see that the elders still have a clear role to play for the collective good and the good of the environment. Most of the youth of Pongso no Tao regularly migrate to the main island in search of jobs. The ones who stay are usually busy building cement houses for the tourists. And only a few are upset at the fact that the current waves of missionaries are planting crosses inside the sacred caves and on top of the hills, defacing the landscape. In recent years the island has also seen several environmental tragedies. Rendered less bellicose by decades of Japanese and Chinese occupation, the local people agreed to be hired to clear-cut most of the local trees species in the island’s forests… The government was hoping to grow commercial species, which later were found unfeasible to the ecological conditions. A similar commercial scheme– the buying of ALL the orchid plants that the local people were able to gather from the wild– subsequently voided the island of its most typical product. The Orchid Island could now appropriately be named the Orchidless one.

And yet, there is a youth group, in Pongso no Tao, associated with the Tao Foundation and clear about its objectives of taking charge, and taking care, of their island. Some of their members, like other young people I met after my lectures at the universities, reminded me that there is no limit to the energy of collective action. For one thing, the campaign to rid Pongso no Tao of the nuclear waste repository appears to be working. The Premier JIang has made oral promises to remove the waste from the island and has set up a new negotiation platform between the island communities and the government.

Even the ICCA idea seems to be more and more appealing to the people of Taiwan. Sutej Hugu has kindly accepted to become Coordinator of the ICCA Consortium for the East Asian region. And he is already busy organizing – together with DJ and Jesse — some exchange visits with Consortium colleagues from the Philippines… It is wonderful people like them, and the youth they are helping to grow, who can do the most for the nature, culture, well being and rights of the indigenous peoples of Taiwan. 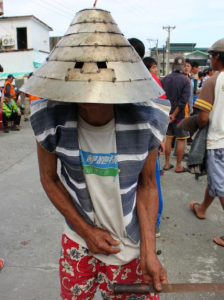 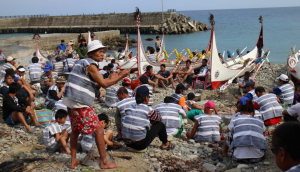 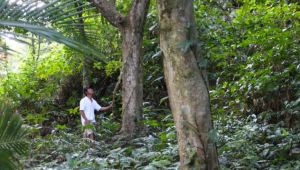 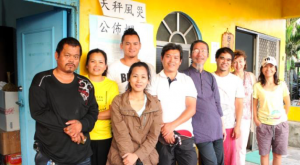