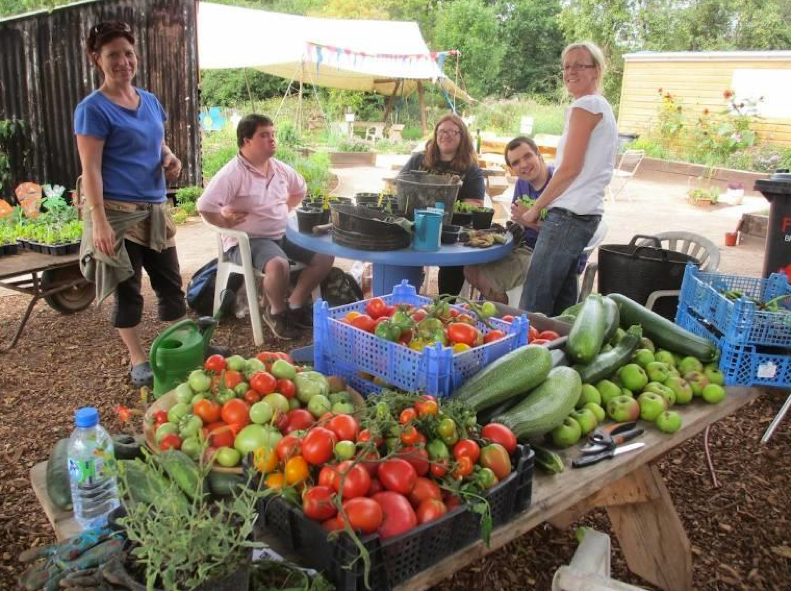 I believe there is a truly grassroots, local community revolution happening on my home shores, and it’s all about food! Despite the existence of over 60,000 supermarkets in the UK, more and more people are beginning to question the stories behind the anonymous food sold to them on supermarkets shelves, as well as investigate the ethics behind the production systems and supply chains of that food. Working with the Global Diversity Foundation (Consortium Member) on a Wellbeing and Food-Sovereignty research project since August 2013, many of the people I have interviewed thus far say they feel disconnected to the land on which their food is grown and they want to re-establish this connection. This yearning has begun to manifest through the formation of community-led and community managed urban growing projects here in the UK. The likes of Incredible Edible and the Edible Bus Stop are just two examples of the many pioneering projects popping up across the country, engaging and inspiring British people to once again reconnect back to growing their own fruit and vegetables.

Of course I cannot talk for the whole of the UK, but I can talk from my perspective from Bristol, in the South West of England where I returned after having worked for the Consortium in India, Indonesia and various parts of Europe. Bristol has been awarded the European Green Capital bid for 2015 by The European Commission: an award designed to inspire Bristol to work towards becoming a truly sustainable city. I am working with the Bristol Food Network to compile the Bristol Local Food Growers Survey: a map documenting local community growing projects across Bristol. It is part of the ‘Get Growing Trail’ where 27 sites are open at various times over the same weekend in June, showcasing a diverse range of growing projects, making it Bristol’s biggest celebration of urban growing. In May, Bristol held the Food Connections Festival. As the name suggests, its aim is to reconnect people back to the food they eat through workshops and exciting events throughout the city. As part of the festival, I have been organising Food Journeys with the Better Food Company. These day tours take people to the countryside where they have the opportunity to learn where the food they eat comes from. The Ploughman’s Day Out journey took people to a local, organic dairy and Our Daily Bread journey went to Abbey Home Farm, a small-scale organic wheat farm and Hobbs House Bakery, an independent, ethical company set up by two brothers.

Last month I attended a planning meeting at the Gaia Foundation (Consortium Member), to discuss plans for a The Great Seed Festival – celebrating the seeds that feed us. Cocoordinated by Gaia, the festival is due to be held in October this year and will involve the Soil Association, Community Food Growers Network, the UK Community Supported Agriculture (CSA) Network, Organic Growers’ Association, Transition Town Network, the Permaculture Association and This Is Rubbish (food waste NGO). Through a series of events, its purpose is to celebrate the magic of seed! As Helen from Gaia says, “it will enable us to rekindle the connection between seed and food in people’s minds, something which has been all but lost as the industrial food system has driven a wedge between the producers of our food and the ‘eaters’. The festival of events is an opportunity to raise awareness about why seed diversity is important and how seed is threatened. It will showcase the important work being done to revive and protect seed sovereignty, and will inspire and equip others to take a stand for seed”. So, anyone wishing to contribute ideas to the festival or get involved please do let me know!