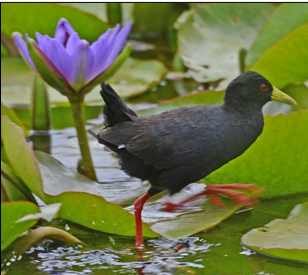 The prospects for the establishment of ICCAs in Kenya are not rosy. Indigenous communities, with the exception of the Ogiek, have not been officially recognised, the supposedly 42 tribes have become a political battleground issues and communal land is everywhere being converted into private holdings. Many of the potential ICCAs are being gobbled up in all sorts of setups, sometimes with the backing of the green-grabbing type of conservation NGOs who are not beyond taking a few shortcuts around the free prior and informed consent by the concerned communities. In Kenya there is already a long tradition of “conservancies” on communal land but the governance of these ranges from the flagrantly exploitative, with virtually no benefits accruing to the community or only to a few individuals in it, all the way to the marvellously pure of heart but that often lack the means to implement crucial management interventions such as surveillance. In addition, many government-run protected areas have actually been established through top-down command-and-control processes on non-formalised ICCAs and its dispossessed people have faced enormous difficulties in getting access rights to some of their most vital resources, including spiritual. With climate change making the fenced and state-controlled approach to biodiversity conservation increasingly irrelevant, there is recognition that networks of well-governed and appropriately supported ICCAs are increasingly an avenue for the conservation of significant landscapes that integrate multiple uses. Unfortunately rushed formalisation, inappropriate support and raised expectations on monetary gains potential can be very divisive and destructive. There is pressure from all sides to either convert them to single use, from large-scale agriculture (irrigation, biofuels) to fortress conservation type areas. The REDD+ tool can also go either way from pure land grabbing scams to tangible benefits for the legitimate custodians. It will always be hard to empower the powerless so we need to tread carefully and ethically.