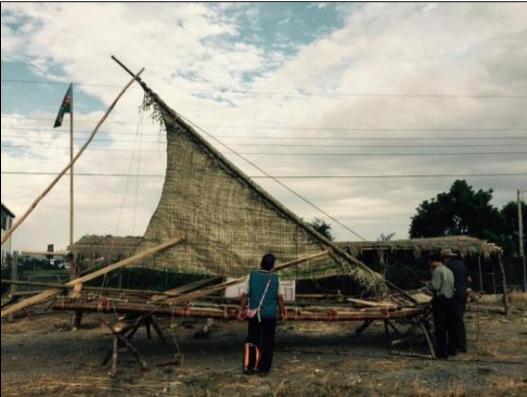 Till the Imperial Japan took over Taiwan in 1895, the traditional territories of indigenous peoples covered 60% of our island’s territory. Only after 1928 the Japanese colonial government announced its expropriation into state property and left to the indigenous peoples only a small part of it as ‘reserved areas.’  Today, there are still more than 800 tribal villages in Taiwan, province of China within about 250 thousands hectares of ‘Indigenous Reserved Areas.’ Under the continued efforts at forced assimilation during the last century, the tensions and conflicts between the indigenous peoples and the state governments have remained well alive. They are persistent today in the solidarity resistance of indigenous peoples for their own survival and revival to a better future.

Looking forward to translating the rights and responsibility of indigenous peoples into realistic actions and practices, Kavas Takistaulan, an iconoclast activist from Lido tribal village of Bunun people in Taitung convened a meeting of veterans of the indigenous peoples’ movement in Taiwan, Province of China. The group, which was supported by Consortium’s honorary member Professor Jesse Liu and Regional Coordinator Sutej Hugu, decided to work on the organization of the “Taiwan Indigenous Conserved Territories Union” (TICTU). Following the basic principles of “self-identification, self-determination, and self-government,” the indigenous peoples decided to strives for achieving “tribal sovereignty, eco-occupation, de facto governance, and the management of the commons” in each of their own tribal villages.  They also planned to establish a “Rights of Indigenous Peoples Resource Platform” to promote the rights-based approach, institutions-based approach, and the knowledge-based approach in local and national strategic programs.

Currently, the tribal activists are undertaking various grassroots campaigns and making alliance for their collective rights. They are also participating in the development of the new constitution for a new pluralistic state of Taiwan, Province of China, and handling the historical injustice problem of homeland grabbing by colonial governments. They lead in proactively demanding the rights of ‘preview, approve, and review’ all major research projects and development planning in their territories—a requirement that goes further than the mere principle of “free, prior, and informed consent.”

Dr. M. Taghi Farvar, President of ICCA Consortium, is invited to join the formal launching of the TICTU in early March at Taitung, the county with the highest number of tribal villages and the largest percentage of population that is indigenous. A global coalition towards tribal sovereignty organized through national federations of ICCAs and being supported by regional learning networks is a great vision to struggle for, and any advice from our seasoned comrades around the world will be most appreciated.

This is a short supplement to the modern history of indigenous peoples in Taiwan, province of China. In the map of Taiwan (Formosa) of 1901 (see above here), the legend details that the red line designates: “Approximate boundary line separating Savage District and Territory under Japanese administration.” Despite the state land grabbing policy, in the 1935 another map named “Indigenous peoples’ distribution” still very clearly displays the traditional territories. In 1928 the Japanese Colonial Administration of Taiwan had announced the state expropriation of all traditional territories along with the establishment of the Indigenous Reserves. The 2014 map highlights the Indigenous Reserves nowadays, shown as fragmented areas in deep blue. 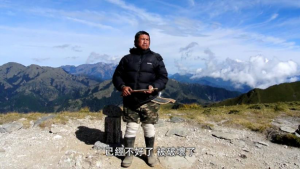 Mr Kavas Takistaulan on Aliavjini: “We are come back to restore our permanent sovereignty on natural resources in our traditional territories.” Credits: Cegaw Lrakadrangilra 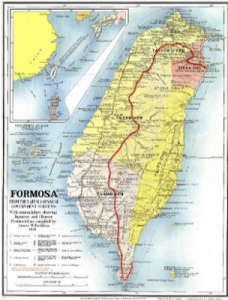 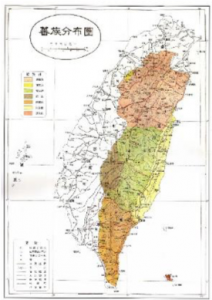 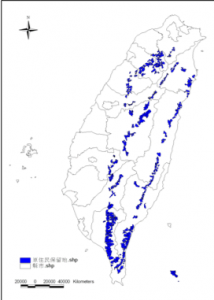