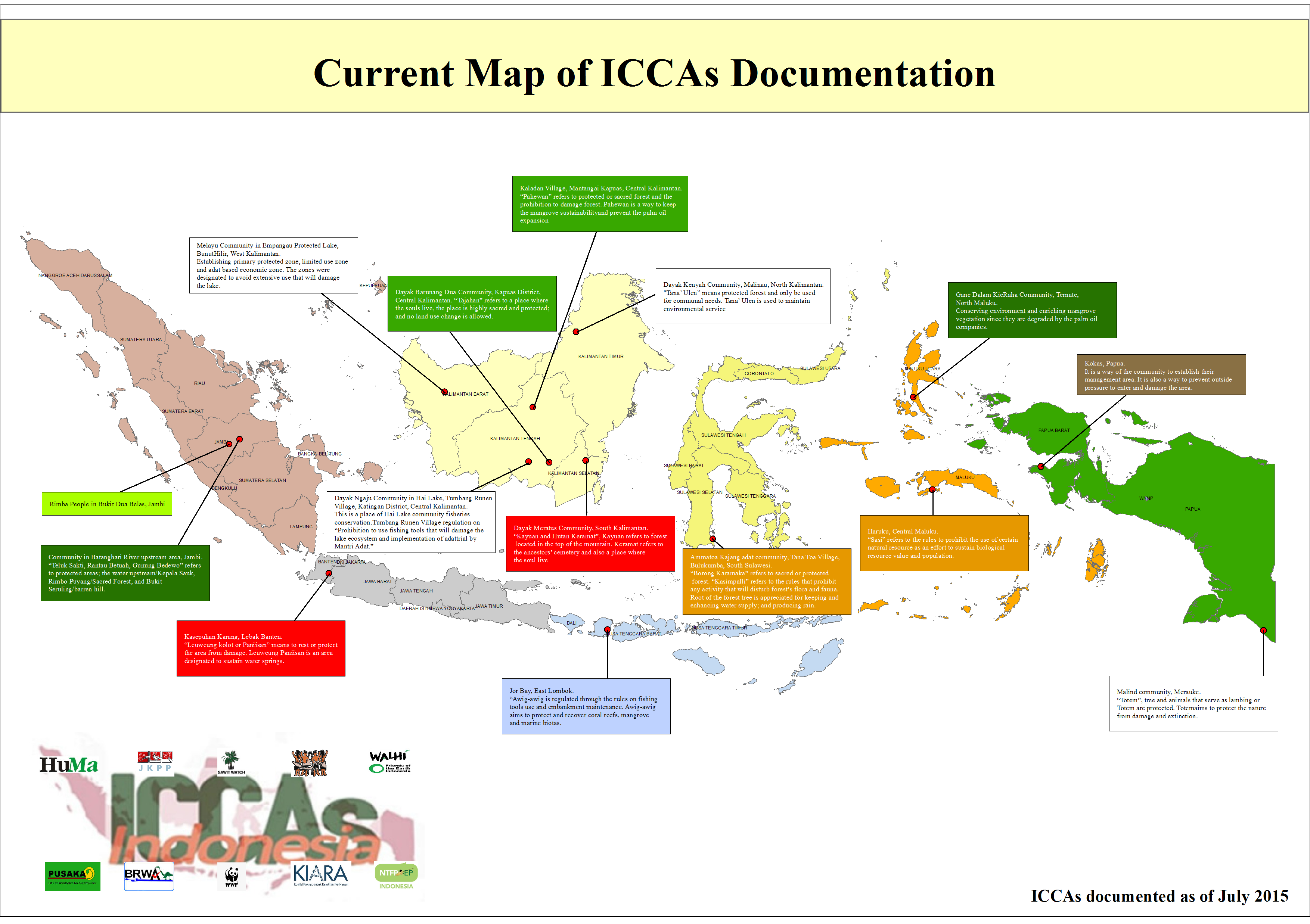 By: Cristina Eghenter, WGII Indonesia and Honorary member of the ICCA Consortium

Some important work resulted from the South-East Asia regional event on ICCAs held in Lombok, Indonesia, on 17-22 August 2015. For example, the many organizations that make up the Working Group on ICCAs in Indonesia (WGII) continued the documentation of ICCAs in Indonesia (see MAP) and the registration of indigenous territories with the Ancestral Domain Registration Agency (BRWA).

WGII has become an active advocate in the process of influencing the revision of the basic laws regarding the Conservation of Biodiversity and Ecosystems. WGII, with Rights and Resources Initiative (RRI) support, conducted multi-stakeholder dialogues in Papua and Kalimantan on the best way to mainstream IP rights and practices in the governance of protected areas. Results of these local dialogues will influence the direction of the national-level dialogue that is being organized and planned for early 2016. It is expected that these discussions will help identify new solutions for the equitable governance of protected areas. These areas include the territories conserved by indigenous peoples and local communities (ICCAs), both within and outside of existing national parks, as well as other government-managed protected areas in Indonesia.