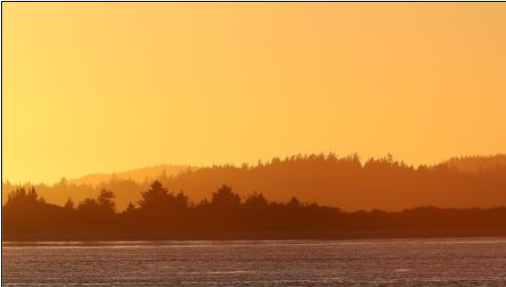 At the heart of the Clayoquot Sound UNESCO Biosphere Reserve on the west coast of Vancouver Island British Columbia in Canada, a new model of Tribal Parks is emerging as a global leader in social-ecological resiliency. While recovering from the brink of extinction and simultaneously adapting their age-old ecological governance system to a series of aggressive foreign influences, the Tla-o-qui-aht have conceived an indigenous watershed management methodology that marries the old with the new to form a sustainable livelihoods model that promotes environmental security. The keystone of this methodology is a fundamentally different conception of humanity which orients individuals within a rich social contract that extends ideas of justice to environment.

“Quu-us: Real live human being. Real as opposed to imagined or dreamt; live as opposed to deceased or unborn; and human being as opposed to any other being on Earth. As Quu-us we have access to a full range of emotional language that educates us about ourselves and our environments; no matter what you are feeling, it is okay to feel that way, just don’t become fixated on one. As Quu-us we are a link between our past Ancestors, and future Ancestors forming circles in time; as links we have a responsibility to manage our natural inheritance with care for future Ancestors. Our natural inheritance includes an interconnection of everything from air, water, cedar and salmon to names, language, songs and even our own natural selves.” – Nuu-chah-nulth-aht

This conception of humanity forms the basis of a cultural logic for inter-generational accountability. On May 15th 1914 the Royal Commission on Indian Affairs for the Province of British Columbia met with Tla-o-qui-aht hereditary chiefs on Meares Island who demonstrated this mentality in the following passages. “Now listen, gentlemen. I am going to tell you what I think – what is in my heart. I am very glad to see you gentlemen here… I am of a good heart to see you here, and I am feeling pretty high myself about you coming to see me. I am the Chief here. I am going to tell you what I have in my mind… I have 221 Indians and this place is too small… When there is another generation of people, three hundred years from now, there will be no timber for them at all. It is all taken up by… settlers who surround the reserve all round, and pretty soon there will be no room.” – Chief Joseph.

Chief Jimmy Jim spoke next. “I am going to tell you that I am very happy to see you here… There are not old people here now. They are all young people here, but we know all about the old people… That was the time when there were no white people here then. And when I was a boy there were no white men here either… until the Bishop and Mr Gilliod came. He was the first Agent… Mr Gilliod used to say to the Indians that there would not be any white people here. They will not come here it is too wild, he said, and white people would not use this land… They are full here now; this small place we cannot fall any trees for firewood because it is too small for generations to come. We are holding the wood for the people who come after us.”

These words were spoken in Opitsaht on Meares Island in May 1914. Another anniversary that was celebrated last year was the 30th anniversary of the Meares Island Tribal Park declaration which was made in April of 1984. A significant shift from 1914 to 1984 is that Tla-o-qui-aht moved from polite protest to direct action in the form of blockades and successful litigation against the provincial government of British Columbia who had condoned the clear cut logging of the ancient cedar rainforests of Meares Island. The most significant development from 1984 to 2014 is that Tla-o-qui-aht have moved from logging blockades to pioneering Tribal Parks as an alternative to the business as usual approach to natural resource management.

The Tribal Parks model is a manifestation of a dramatically different social contract which extends ideas of justice to the environment we all share and depend on, and through time to the future ancestors to whom we are ultimately accountable based on the humanity concept Quu-us. This social contract is captured in works of art such as the totem pole in the photograph here on the right. The crests function as symbolic memory devices that are associated with various knowledge patterns that have been encoded in stories. The stories provide a moral education for the listener, guiding their behaviour towards others in their human community, as well as other beings they share the environment with.

This advanced system of “active participation in a social contract” ensures that stories with encoded knowledge patterns about Natural Law are an ever present visual characteristic of the built environment. Far from being just beautiful art, these crests and stories continue to influence ecological governance applications in modern times, such as the Tribal Parks initiative. Leading to effective management outcomes in educational eco-tourism, renewable energy projects, ecosystem service programs, and value added natural resource and non-timber forest product sector development – all with a long term view of climate change adaptation and what is in the best interests of the future generations coming behind “three hundred years from now”.