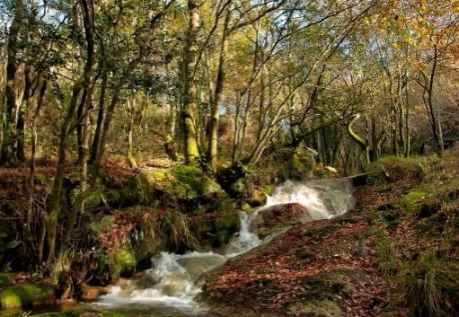 During the last days of April, 30 local community representatives from all around Spain gathered in Valsaín, Segovia (Spain) to start running the self-designed system to declare ICCAs in Spain, designed by the communities themselves in 2015 and 2016 as part of a participative process facilitated by Iniciativa Comunales (iComunales). The meeting was supported by the ICCA Consortium and the Spanish Ministerio de Agricultura y Pesca, Alimentación y Medio Ambiente, in the framework of the Permanent Seminars organized by the CENEAM (National Centre for Environmental Education). The objective of these communities is to set up a viable and well performing system so that communities can receive recognition and support to their ICCAs by including them in the ICCA Registry, managed by UN Environment-WCMC.  This has to be preceded by a process of peer-support and evaluation, to check that the ICCA characteristics are indeed present and relevant.

In the peer-support and review process agreed in Spain, each community willing to be registered as an ICCA, applies to be included in the ICCA Registry and accepts to be subject of an evaluation process conducted by members of other similar communities. iComunales appoints two anonymous members of similar communities as evaluators for each of the candidacies. The role of the evaluators is to critically analyze the three ICCA characteristics that define an ICCA on the basis of the documentation provided by the candidate community. On the basis of the reports provided anonymously by the evaluators, the communities gathered in Valsaín discussed a number of candidacies (are they ICCAs or not?) and the process itself (e.g. how to improve it, was it sufficiently clear?).

Although 6 communities (2 Montes de Socios, 2 watering communities and 2 Montes en Man Común) were interested in having their ICCAs reviewed, only for two of them managed to gather all the documentation necessary for a final decision in Valsaín, including the reports of the anonymous evaluators. All the four evaluations (2 evaluations for each candidacy) were clearly positive, and after many comments that focused on the peer-review process itself and on how to improve it, the communities agreed unanimously on the inclusion of two ICCAs into the UN Environment-WCMC ICCA Registry: the Monte en Man Común de Froxán, and the Monte en Man Común de Santiago de Covelo. Both also applied for being included in the World Database of Protected Areas (WDPA).

As the process is now started and working satisfactorily, the challenge is to maintain the quality of the process (based on good governance criteria) and provide quality info and feedback to an increasing number of communities interested in being part of the ICCA Registry.

The Valsaín Permanent Seminar programme is downloadable here (in Spanish)