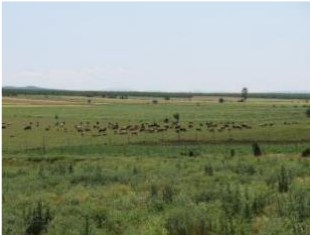 As part of the Caucasus eco-region, Georgia is a biodiversity “hotspot”. (Currently, Conservation International has identified 34 biodiversity “hotspots” around the world: areas with uniquely rich biodiversity that are under significant threat.) According to the World Wildlife Fund for Nature (WWF(, the Caucasus is an eco-region of global importance, with great species diversity and a high degree of endemism and diversity of vegetation types. The first Georgian nature reserve was established in 1912 in Lagodekhi. Nowadays, there are 50 protected areas, covering 7.1% of the territory of Georgia. Thus, according to Aichi Targets, particularly number 11, it is very important to secure the conservation of these community conserved territories and areas as as either formal protected areas or as “other effective area-based conservation measures”.

Georgia was selected as one of the GSI (Global Support Initiative) countries in 2015.  Following that designation, I visited the country in July 2016 to start assessing the needs and opportunities to provide technical support to the GSI programme in Georgia. My “Consortium’s visit” was an occasion to gather information for a database of existing and potential ICCAs in the region, to discuss the GSI initiatives, to promote appropriate understanding of ICCAs and how to actively support them, to envisage networks at different levels, and to start identifying and responding to ICCA needs.

Lamiskana (local name: ლამისყანა) is a Community Conserved Area (CCA), in the Kaspis district, Shida Kartli province of Georgia. This CCA is in a hilly and green area, in the eastern part of Georgia and Northwest of Tbilisi.

In Georgia, land ownership is legally in the hands of government, but when there are community territories, communities enjoy use rights. They cultivate the land and let their livestock graze there. On these lands, governmental agencies do not have the right to intervene in the community’s management systems. The local governance system was inherited from the past authority of a Duke who claimed one third of the communities’ production in exchange for assuring land and community security and safety. The local people had great respect for him and even now the community remembers him and his family with deep regard. In the past, the Duke controlled the conservation of natural resources and the people’s use of rangelands, forests, wildlife and water sources. The Duke’s house was on a hilltop, where he could better to control the area. The house has been conserved as a museum of the community’s history and governance system.

In Lamiskana, the main product is wine, and the traditional home winery is one of the most important elements in the local economy. The best and safest room in a house is always dedicated to traditional wine production. Usually underground, the wine is conserved there, in clay pots.  Part of the production is kept for personal use and the rest is sold. Red and white wine is shared among the community members; wine is a symbol of community solidarity and unity at weddings and funeral ceremonies.

In discussions with local elders, it became clear that hundreds of similar ICCAs could be highlighted, promoted and registered for the GSI Initiative throughout Georgia. 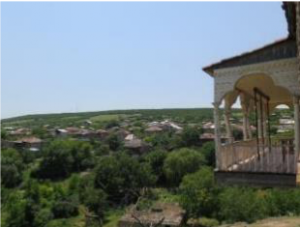 The view of the Duke’s house , overlooking the village, rangelands and the territory 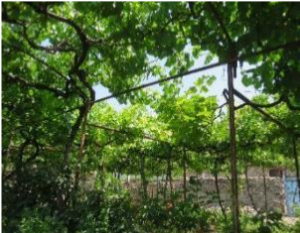 One of the home vineyards in the Lamiskana territory 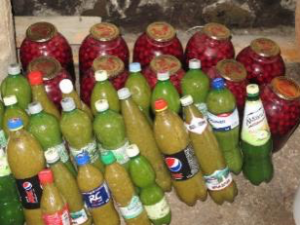 Some of the home products of the community 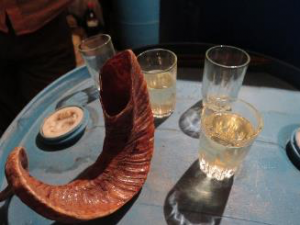 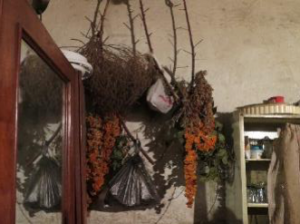 Drying the by-products of the rangeland. for medicinal and edible uses

Acknowledgment – The authors would like to thank Dr. Taghi Farvar and Andro Barnovi for their support and guidance in this work.  © Photos and maps: Ghanimat Azhdari