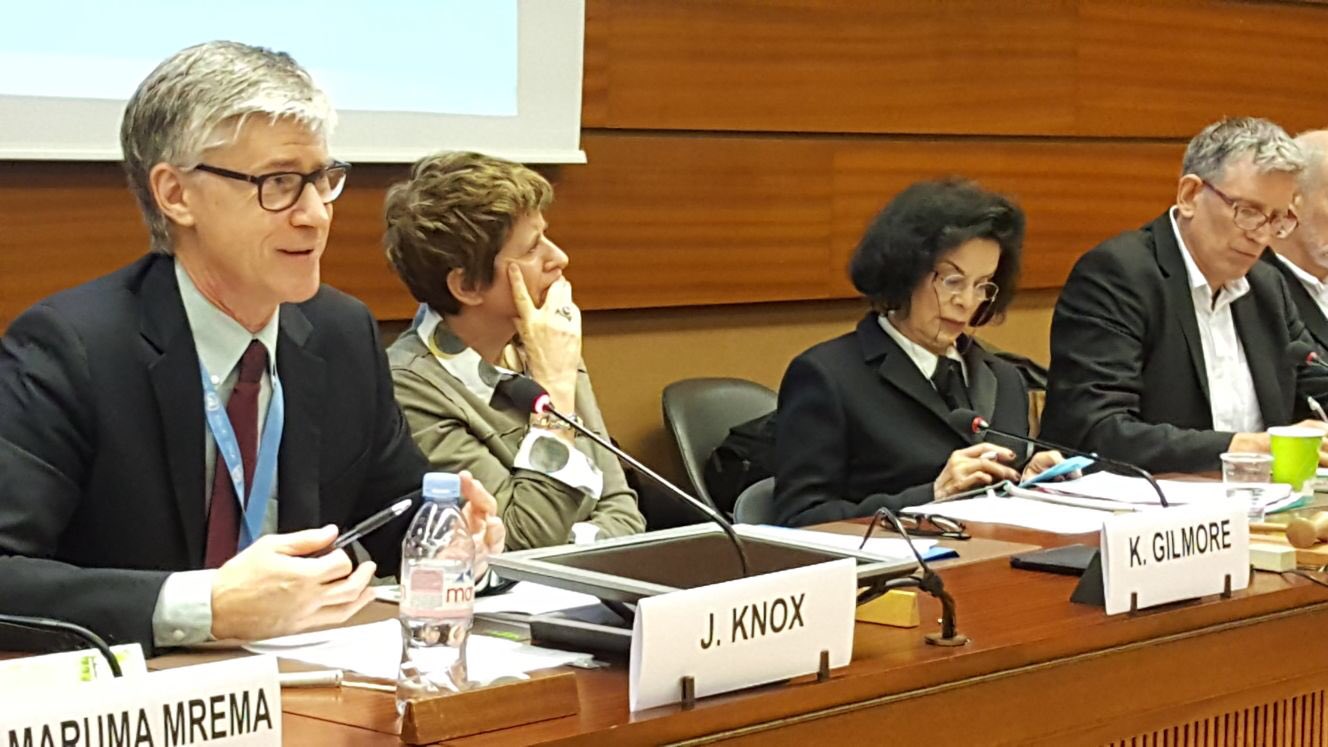 Environmental rights are enshrined in over 140 national constitutions yet four people per week are killed defending those rights, and many more are harassed, intimidated and forced from their lands. Around 40-50% of the 197 environmental defenders killed in 2017 were from indigenous peoples and local communities.

Violations of environmental rights are on the rise worldwide, fueled by corruption, greater competition for natural resources, weak enforcement, and the irresponsible exploitation of land and other natural goods. The links between human rights and the environment are rapidly gaining recognition at the international level. The work of Professor John Knox, UN Special Rapporteur on Human Rights and the Environment, has significantly helped move the profile of these issues from the periphery to the centre of the UN’s agenda.

“Those who struggle to protect planet and people should be celebrated as heroes, but the sad fact is that many are paying a heavy price with their safety and sometimes their lives,” Erik Solheim, Executive Director of UN Environment, said of the launch of the UN Environmental Rights Initiative. “It’s our duty to stand on the side of those who are on the right side of history. It means standing for the most fundamental and universal of human rights.”

According to Professor John Knox, UN Special Rapporteur on Human Rights and the Environment, “The time has come to recognize this formal interdependence of human rights and the environment, not only at national level but at the UN level too.” He also spoke passionately about the need to defend environmental defenders, saying: “If we can’t protect them, everything else we’re doing to protect the environment will be ineffective.”

Kate Gilmore, UN Deputy High Commissioner for Human Rights, echoed these views: “We know what to do: defend the environment and defend those who defend it.”

In addition to Prof. Knox and Ms. Gilmore, the launch event in Geneva also featured the following esteemed speakers: