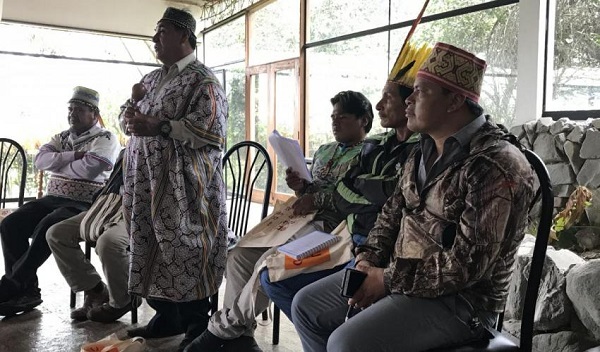 In October 2018, the IUCN Global Protected Areas programme together with IUCN South American Regional Office and the ICCA Consortium convened in Pachacamac (Peru) a workshop entitled “Strengthening the governance of conserved territories in the Peruvian Amazon”. The workshop forms part of the ongoing national governance assessment of the Peruvian system of protected and conserved areas led by the IUCN.

The workshop had three separate but interrelated objectives: to listen to and learn from indigenous peoples about their practice of conserving nature; to discuss with indigenous peoples’ representatives and representatives of the Peruvian National Protected Areas Agency – SERNANP (Servicio Nacional de Áreas Naturales Protegidas por el Estado) their vision of the governance of protected and conserved areas; and to examine the governance aspects of communal reserve Amarakaeri and its experience applying the IUCN Green list with the insights and inputs of the Peruvian EAGL (Expert Assessment Groups for the Green List). The former two objectives mostly concern governance diversity and the latter mostly governance quality.

Why do we talk about governance in conservation? And what exactly is governance diversity? It is generally understood that conservation depends on well governed systems of protected and conserved areas. Governance is about who makes decisions, how the decisions are made, and whether the decisions are implemented. Since the World Parks Congress of Durban 2003, the IUCN distinguishes among four main types of governance, depending on the main governing actor involved: A. government-governance; B. shared governance; C. private governance; and D. governance by indigenous peoples and local communities. It also points at several criteria for good governance, which in the context of the IUCN Green List include guaranteeing legitimacy and voice, achieving transparency and accountability and enabling governance vitality and the capacity to respond adaptively.

In order to understand governance, we need to examine the capabilities and responsibilities to make decisions about conservation, but also what happens in practice. Thus, placing an emphasis on governance moves us beyond examining the conservation “benefits” for rightsholders and stakeholders, and demands us to consider issues of justice and “appropriateness”. It compels us to ask the questions “is the type of governance currently in place for this specific protected or conserved area able to implement / enhance equitable decisions? And, is it the most ‘appropriate’ type of governance in consideration of the specific socio-ecological situation?”. These questions allow us to follow a rights-based approach to conservation and pursue the mission of the IUCN (“a just world that values and conserves nature”).

The topic of concern in the Pachacamac workshop was the Peruvian Amazon, a vast and highly biodiverse landscape of rainforest and jungle, criss-crossed by a large network of powerful rivers—a space extremely rich in birds, mammals, fish and flora. The Peruvian Amazon is also the ancestral home of large number of indigenous peoples of various ethnic origin. Twenty-six representatives of thirteen diverse indigenous peoples travelled from various regions, many via lengthy boat journeys to towns like Pucallpa, Puerto Maldonado and Iquitos, then flew onto Lima and, eventually, by local ground transportation to Pachacamac, just south of Lima, on the Pacific coast. The IUCN Member FENAMAD (Federación Nativa del Río Madre de Dios y Afluentes) and the ICCA Consortium Members Coshicox, FENAMAD and Wampis Nation were represented.

Among much else, the workshop participants learned about the key differences between protected areas and conserved areas. A protected area, such as the Amarakaeri communal reserve, is “a clearly defined geographical space, recognised, dedicated and managed through legal or other effective means, to achieve the long-term conservation of nature with ecosystem services and cultural values”. The long-term dedication is via the government—that governs the reserve as a type A and delegates its management to a structure called ECA (Ejecutor de Contrato de Administración) which represents ten Harakmbut communities that need to work jointly with the government agency SERNANP. A shared management plan brings together the indigenous life plans (planes de vida) and the long-term conservation objectives of SERNANP. Amarakaeri Communal Reserve is currently undergoing assessment for candidacy to the IUCN Green List, thus these governance structures are being examined in more detail. An update was provided by Jeff Pradel, Chair of the Peruvian EAGL and several other members of the EAGL.

Several conserved territories or areas  were also presented and discussed during the workshop, an in particular the Wampis Autonomous Territory (more than 1.3 million hectares) and the Matses indigenous territory.  A conserved area is “a geographically defined area, other than a Protected Area, which is governed and managed in ways that achieve positive and sustained outcomes for the in-situ conservation of biodiversity, with associated ecosystem services and cultural and spiritual values”. (CBD, 2018). In conserved areas, the emphasis is thus on achieving conservation in practice rather than dedicating an area to it. In the case of the Wampis nation and the Matses people, conservation practices are closely intertwined with livelihoods, cultural identity and cosmovision. The Matses, for instance, have an elaborate knowledge of nature, species and their sustainable uses, which they refer to as “pure conservation”, a way of “living in and with the environment”. Conservation is not explicitly expressed as an outcome…. but it takes place. The Matses people—and to a certain extent also the Wampis nation, are actually successful in the most difficult and needed form of conservation in the Peruvian Amazon—keeping at bay extractive industries (legal and illegal) and the traffic of narcotics.

The underlining of traditional knowledge and cultural links to nature was underscored many times by all of the indigenous representatives, with Shampiom Noningo Sesen of the Wampis nation noting that “Our elders and scholars may not have academic degrees that recognize them as conservation experts, but they know well how to conserve forests“. In fact, conserved areas have been able to withstand threats, and especially so when properly recognised and titled. Wilder Flores Gonzales, representative of the Matses native community, shared this view. He described the threats that they faced over the past fifteen years from oil extraction prospects and initiatives, and the fact that the Matses have been able to actively defend their territory. He also stressed that the Matses territory has received some form of land recognition “assigned” to a group of native Matses communities.

ICCAs–territories of life are territories or areas governed by indigenous peoples and local communities (type D in the IUCN classification) and they are a governance type for both protected and conserved areas. They are characterised by three key features a) there is an indigenous people, nation or community with a profound relationship with a territory or place; b) there is an active capacity de facto (sometimes also legally recognised) to make and implement decisions over that territory or area via a governance institution and; c) the implemented decisions are positive for the long term conservation of nature and related ecosystem services, cultural values and livelihoods in general. When discussing the ICCA model, it was clear that this fits well as a means to recognise the ancestral territories discussed during the workshop. The key issue is thus whether ICCAs can be fully recognised under the Peruvian legislation as a protected area, as a conserved area, or as neither of the two.

The Peruvian EAGL discussed in detail the concept of conserved areas in Peru. SERNANP outlined their long-term vision of governance of protected and conserved areas in Peru and the goal of working together with all conservation actors toward a single and thus strengthened vision for conservation. Further, they also identified five legal options not only under the protected areas system but also under other sectors such as cultural heritage and agricultural titling as options for indigenous territories to be legally recognised. These are: the law of native communities (Comunidades Nativas); the indigenous and territorial reserves (Reservas Territoriales e Indígenas); the communal reserves (Reservas Comunales); private conservation areas (Áreas de Conservación Privadas); and conservation concessions (Concesiones de Conservación). It is not clear to what extent these options have been availed of by the relevant indigenous peoples and nations, and how they would indeed strengthen their legal status and governance of the territories they are willing to conserve. What is clear is that without some form of legal recognition and legal personality for the relevant people, the ability to fully protect their territories against external threats remains uncertain.

A key outcome of the Pachacamac workshop was a concise and eloquent report by the indigenous participants, who are committed to maintaining, documenting and strengthening their system of governing and conserving their territories. In exchange, they ask for formal and visible recognition and support for their territorial governance “as this is the best strategy for the conservation of nature and biological diversity”. Access the document in Spanish and English here.

The Amazon’s biodiversity is globally significant for both biodiversity conservation and mitigation of climate change, making the health of the Amazon inextricably linked to the health of the planet. As we look ahead to the Latin American Congress in Peru in March 2019, we hope that the discussion on appropriate governance types for the long-term conservation of the Amazon basin with the crucial engagement of its indigenous peoples will continue and evolve. 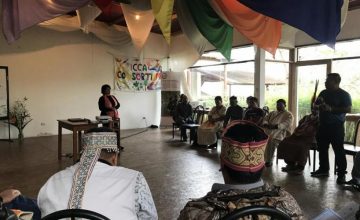 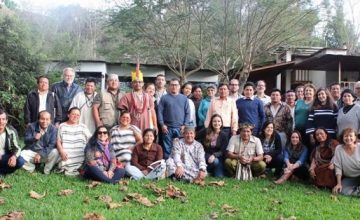 The article was extracted from the IUCN GPAP website.