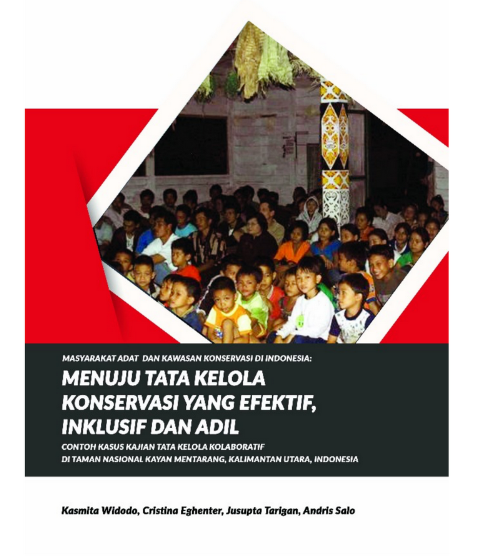 On November 7 and 8, 2018, the Directorate General for Nature Protection of the Ministry of Forestry and Environment of Indonesia, together with the Working Group on ICCA in Indonesia (WGII –ICCA Consortium Member) hosted a workshop: “Learning together about governance of protected areas: The example of the Kayan Mentarang National Park.” This was the concluding event of a multi-stakeholder process based on the International Union for the Conservation of Nature (IUCN)’s guidelines for a conserved and protected areas system governance assessment, This program began in 2017 and saw the enactment of several group discussions, workshops, surveys and interviews. The process was supported by IUCN and coordinated by a multi-stakeholder team under the leadership of WGII.

The overriding issue to be addressed was: “Why is the second largest national park in Indonesia, and the first to be declared a collaboratively managed protected area in 2002, a good example of shared governance on paper, although on the ground there was no progress, a basic lack of vitality, and an alarming distance and separation between the indigenous people and the park authority?”

The assessment pointed out that communities and Indigenous leaders put very low trust in the government management of the national park. The latter did not communicate effectively and had limited outreach and budgetary resources to do so. More importantly, there was still uncertainly resulting from a lack of clarity over the role and authority of traditional governance systems in the National Park, including in the areas conserved by indigenous peoples (the local ICCAs, Territories of Life, or tana’ ulen) that now overlap with the national park.

The outcome of the assessment was adopted by the Ministry as one element in their evaluation of the decree legalizing the establishment, membership, functions, and authority of DP3K which is the supervisory body for co-management in the Kayan Mentarang National Park. The first decree was up for extension in December 2018. The workshop also permit the creation of a new system of criteria and indicators for governance (diversity, quality and vitality), linked to the approach promoted by the Director General: Ten Ways to strengthen empathy and understanding, and the respect of cultures and human rights, in protected areas management.