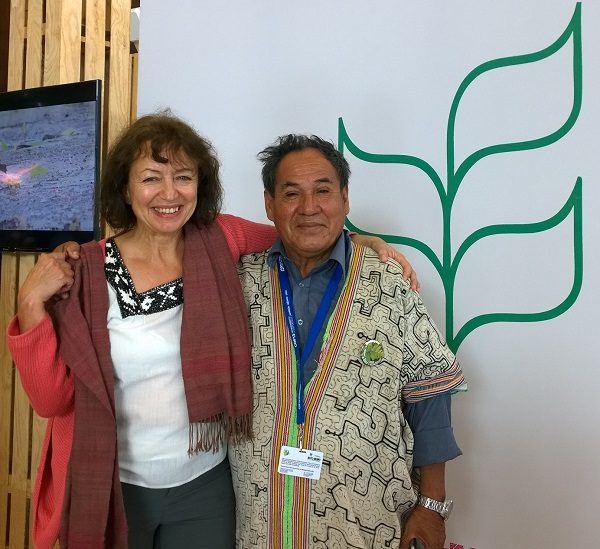 Everyone in the Consortium should be aware of the discussions that are being held, in these months, about the conservation priorities for the next decade.  And everyone should help to shape such priorities.   In this editorial I will briefly describe what the Consortium has contributed so far and suggest that we seriously envisage the many issues ahead— whether or not our priorities are taken-on and implemented.

The Consortium has recommended to the CBD Secretariat two main lines of work, which we hope will be examined, among others, in a series of regional events to take place in the coming months: 1. Appropriately recognising and supporting the collective Territories of Life of indigenous peoples and local communities.  2. Halting industrial drivers of biodiversity loss and, in particular, eliminating the perverse investments and incentives that are harmful for biodiversity and territories of life.  A third line of work, embedded in the first two but still worth highlighting, is: 3. Preventing and prohibiting attacks on the communities, organisations and individuals that defend their Territories of Life.  The full Consortium submission is available here.

Do we all agree on these priorities?  It is difficult not to, as they seem evident to maintain life on our planet…. but you all may wish to see them in the context of the 20 priorities agreed at Aichi for the current decade, which were shaped by the variety of interests and concerns that contribute to international policy decisions on conservation .  You may also wish to see them in light of the recent Joint Statement by several main conservation organisations, currently discussed in our e mail Forum.

How would the world look like in 2030 or 2050?   Short of some form of socio-ecological collapse, a large part of the world is likely to remain urbanised and thus to depend on large influxes of food, water, energy and raw materials from rural areas.  Even admitting that the expansion of industrial drivers of biodiversity loss can be made to stop, it is beyond a leap of optimism to imagine that restoration can fast take place wherever is needed. This will leave large swaths of rural landscapes and seascapes not governed and managed as Territories of Life for the foreseeable future, continuing to exert their ecological and socio-political impacts on the rest of the world.  Let us imagine, however, that the many Territories of Life that exist today in terrestrial and coastal and marine areas will remain viable and strengthen themselves.  With a better chance of conserving their diversity, they will remain more disaggregated and varied. More secure self-determination via the diverse governance institutions, customary rules and systems of knowledge and practice that people adhere to diverse in Territories of Life will likely promote/ recreate a stronger sense of citizenship at the village, municipal and territorial level.  With that, hopefully, the connection with the territory (dependency, but also sense of values, respect, stewardship, pride…) will be strengthened and so will the responsible self-determination of custodians, with positive results for nature and the wellbeing of people.

This is a hopeful scenario… but let me discuss three avenues for troubles, that we need to prepare for, even in the best of circumstances.

The first is that, as just mentioned, the ecological and socio-political impacts upon Territories of Life from the rest of the world will need to be contained.

The second is that some Territories of Life include precious and abundant resources and will be inevitably coveted by ecological, economic and political migrants and powerful entrepreneurs, and by governments in the name of “development” and “equity”… when not sheer survival.   Climate change is likely to intensify all this.

The third is that there is a chance that “identities” based on locality will not only generate responsible self-determination, but also parochialism, fear, mistrust, and even hatred for whosever does not fit the assumed ideal (ethnicity, behaviours, language, racial characteristics…).  The green internationalist movement that promoted communitarianism and the virtues of agrarian life in Eastern Europe, in the 1920s, demonstrated permeable to populist and authoritarian appeal.  A large part of it ended up absorbing the anti-urban, anti-foreigners and anti-Jews propensities that were unfortunately popular at the time, with imaginable consequences.

Being aware of troubles ahead should keep us alert and help us to think.  The Territories of Life and their custodians need a strong unified voice to be able to influence the decisions required at various levels.  Whatever movement and voice will evolve from our tiny Consortium of today will be of vital importance.  And I hope that movement will keep grounding itself into a clear sense of the universal values that must counterbalance the tendencies towards selfishness and intolerance that could too easily arise.  The Territories of Life of this world will remain alive by being solidly organised and clear-headed, but also by balancing their sense of identity and pride with solidarity with the rest of humanity.

Let me mention an interesting example that Taghi told me some time ago.  He happened to be working in Sudan with a tribal society that was not getting it together to collaborate with FAO for an initiative that would have benefitted everyone. There were problems related to poor implementation of agreements, instances of misuse of funds, and the likes.  Taghi found out that FAO had imposed a “committee” of seven members to represent the concerned communities.  But the tribal society had eleven major clans—something that should have been taken into consideration and had not been at all. Under Taghi’s management of the initiative, the committee was recreated with eleven members: the problems disappeared, and the initiative thrived.  Shortly thereafter, the region received an important influx of migrants, which could have seriously disrupted the initiative as well as social peace.  Yet, the society was able to deal with them.  They asked the migrants to organise themselves as a twelfth clan, be represented in the “committee” and, as everyone else, contribute to govern the local situation under agreed rules.  This example tells me that all human groups can behave in bad and self-destructive ways… but also in intelligent ways.   Even in most challenging circumstances, communities can find solutions that are generous, open and in full solidarity with others.  Much depends on how they are organised, how they are allowed to interact with others.  This example gives me some hope for a meaningful and peaceful future, even at a time when the political situation offers few hopes indeed.