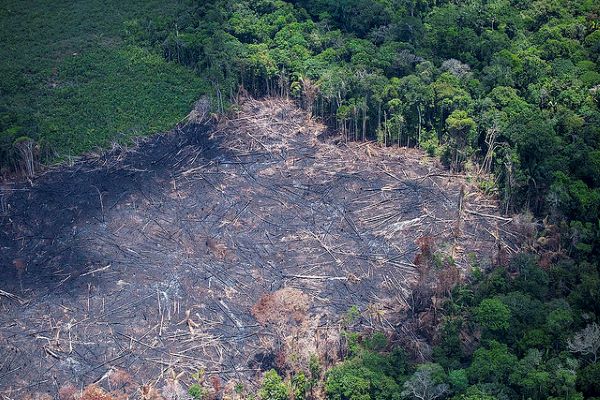 Unsustainable livestock and crop production – specifically for beef and soy – are two of the biggest drivers of deforestation and forest fires in the Amazon. They also pose direct threats to indigenous peoples, including those in voluntary isolation, and their collective territories of life. The Global Forest Coalition has campaigned for several years on the importance of tackling these drivers and the broader trade regimes in which they are embedded as a crucial part of efforts to support indigenous peoples’ rights and territories. For more information, please see their website. You can also check their recent blogpost about the African Dialogue on Alternatives to Unsustainable Livestock Production they organized in Addis Ababa this month.

By Simone Lovera, Honorary member of ICCA Consortium and Executive Director of the Global Forest Coalition, Member of the ICCA Consortium.
Directly extracted from GFC’s website.

Being proven correct does not always feel good. When the Green Climate Fund, the world’s largest climate fund, proposed last January to give a grant of no less than 96,5 million dollars to Brazil for its efforts to reduce emissions from deforestation in 2014 and 2015, NGOs warned immediately that this money could literally go up in smoke, as the same forests that were conserved in 2014 and 2015 were threatened with destruction at the hands of the new Brazilian government. We also cautioned that the forests in Brazil and other Latin American countries would disappear anyway if no clear action was taken to address what is by far the main driver of forest loss in the continent: beef and soy production for export. Yet despite these and many other concerns, the Green Climate Fund approved the grant. Worse still, beef and soy production received a big boost in June when the EU and the Mercosur, the South American trade block that includes Brazil and other beef and soy producers like Paraguay, Argentina and Uruguay, signed a free trade agreement that would reduce tariffs on meat and feedstock exports to the EU and relax regulations.

Less than 8 months later, the eyes of the whole world are crying crocodile tears over the massively increased forest fires in the Amazon. And fires have not only increased in the Amazon, in neighboring Paraguay and Bolivia 374.000 hectares of Chaco forests have already gone up in flames just this month. The Chaco is the second biggest forest area in Latin America and is also home to numerous Indigenous tribes, including Indigenous Peoples in voluntary isolation. Similar to the Amazon, beef production, and soy production for the intensive livestock industry in Europe and other continents, are by far the main causes of deforestation in the Chaco. That is one of the reasons why the Intergovernmental Panel on Climate Change concluded only two weeks ago that dietary change is one of the most important and mutually beneficial climate change mitigation measures.

So instead of crying crocodile tears, ordinary citizens and their governments can actually do something to address this crisis. If people are worried about the Amazon and other forests, let them please realize that part of the solution is on the plate in front of them. One does not have to become a complete vegan overnight, but for many people it would definitely be helpful if they would significantly reduce their consumption of meat and dairy and eat more veggies, beans, nuts and fruits – and their body will only be grateful for it too.

But reducing meat and dairy consumption is not just the responsibility of rich consumers. Sadly, the industrial meat and dairy sectors are still enthusiastically supported through generous subsidies and preferential trade deals by exactly the same governments that currently cry ‘fire’ over the Amazon. An immediate withdrawal of all forms of subsidy given to the industrial livestock sector would arguably be one of the most effective ways to halt future fires, and the reform of the EU Common Agricultural Policy is an excellent opportunity to do just that. Forcing the sector to comply with the same environmental—and animal welfare—regulations that other sectors have to comply with would certainly be helpful too. And while the Chinese government can be lauded for being one of the first governments to officially embrace policy to reduce meat consumption amongst its citizens, it is clear that the Chinese government can do far more to prevent further investments in Amazon destruction. For example, it could halt investments in ports, roads and other infrastructure that facilitates beef and soy exports from Latin America.

And last but not least, adopting a free trade agreement that will increase meat and soy exports from Brazil and other South American countries completely contradicts the Paris Agreement and the internationally-agreed Sustainable Development Goal target to halt deforestation by 2020. It is very welcome in this respect that the leaders of EU countries like Ireland and France are threatening not to ratify the EU-Mercosur trade agreement. If other EU countries are serious about climate change and deforestation at all, they should immediately follow this stance and put this agreement where it belongs: in the bottom of a very deep and dark drawer.

The past twenty years have shown all too well that simply throwing money at forests does not save them: rather, it is high time we stopped supporting the drivers of forest loss.