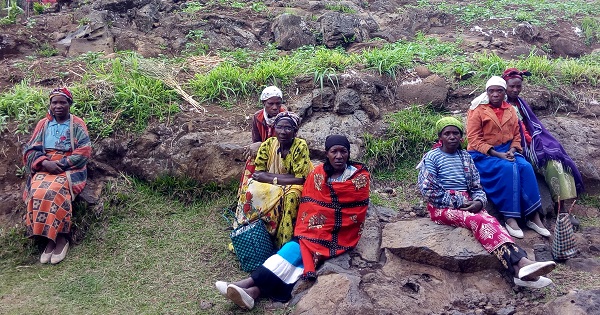 In the third podcast of the BIOSEC Project presented by Laure Joanny, Elaine (Lan Yin) Hsiao and George Iordăchescu draw on their experiences in Romania and Rwanda to discuss the establishment of protected areas and how this affects the relationship between local communities and their environments.

There are many ways of thinking about local and indigenous communities, but what is common to all of them is that people are perceived as having a very strong connection to a territory, both spiritual and cultural, in terms of livelihoods and wellbeing, and in ways that shape their sense of identity.

Although various types of ICCA-like traditional communities and associations exist across the European continent (and globally), few have been recognised so far as ICCAs, nevertheless the movement is rapidly gaining momentum. The Arctic, the Pyrenees, and the Carpathian Mountains are only some of the areas where territories of life owned and governed by local communities have strong historical legacies and could become emblematic ICCAs.

In Romania, the setting up of protected areas took place more or less simultaneously with the country’s accession to the European Union in the early 2000s. Thus, the process has been a top-down endeavour driven largely by the government’s interests. Those were also the times when historical commons regained their land, forests, and pastures as part of the post-socialist restitution process. Without being consulted during the establishment of protected areas, commons have been regarded, ever since this transition towards protected areas-based conservation, as something externally enforced upon local communities, bringing unbearable restrictions on harvesting medicinal plants, foraging, and grazing.

As in many other parts of Europe, in the Romanian case conservation is not the primary rationale around which commons and potential territories of life organise themselves, most of them preferring to sustainably use the natural resources to the benefit of local livelihoods and wildlife. Over the last couple of years, as new plans to establish protected areas in the Carpathian Mountains were discussed, local commoners have found various ways to voice their demands from direct to legal action, and from negotiations to confrontations with those proposing exclusive protection regimes such as private wilderness reserves.

In Eastern Europe, the high level of biodiversity comes as a result of customary use and governance. Current proposals to conserve nature strictly separated from its historical co-production will most probably lead to important changes in the biodiversity, including the disruption of traditional practices. In East Africa, protected areas are primarily a colonial legacy, with the first African national park declared in 1925 by King Albert of Belgium (and named after himself) in the afromontane gorilla habitat straddling the colonies of Belgian Congo and Ruanda-Urundi. Rwanda’s three other current-day national parks – Gishwati and Nyungwe, then finally, Akagera, were declared within the decade following Albert National Park. Many of these efforts resulted from a 1900 meeting of colonial states in London that resulted in a convention on the preservation of fauna and flora on the African continent. Premised on the US-imported model of fortress conservation, local and traditional communities were forcibly displaced from their ancestral lands and denied access to natural resources, sacred sites, and cultural practices as colonial states declared new protected areas. Buhanga Forest, Rwanda: a sacred forest patch near Volcanoes National Park. The guard in uniform (Joseph) is a traditional guardian of the water source next to the forest © Dorine Intwarinkase, 2020.

It is commonly believed that local communities would destroy natural ecosystems and resources if they are allowed to harvest them and that they do not have the knowledge or formal education to make conservation-friendly decisions, although it is simultaneously recognized that local communities used to weld an abundance of traditional ecological knowledge. Emerging biodiversity and wildlife policies may have the potential to change this, including through the recognition of territories of life and revitalisation of biocultural community protocols, which include the restoration of traditional ecological knowledge through customary use and customary systems of ecological governance.

The inclusive conservation approach proposed by the ICCA Consortium seeks not only biodiversity outcomes, but also takes into consideration the wellbeing of the communities managing territories of life. It requires that indigenous and local communities stop being removed or excluded from conservation and their cultural territories and supported in governing and managing their environments.

*BIOSEC – Biodiversity and Security: Understanding environmental crime, illegal wildlife trade and threat finance – is a four-year project, funded by a €1.8 million European Research Council (ERC) Advanced Investigator Grant. The BIOSEC project critically examines the growing inter-relationships between biodiversity conservation and security. Running until August 2020, BIOSEC examines how we define environmental crimes, the responses by the European Union to the illegal wildlife trade, and how new technology is being used to tackle poaching and trafficking.

If you would like to know more on potential ICCAs in Romania, you can read Monica Vasile’s report “Forest and pasture commons in Romania” or visit the website Romania Mountain Commons Project.