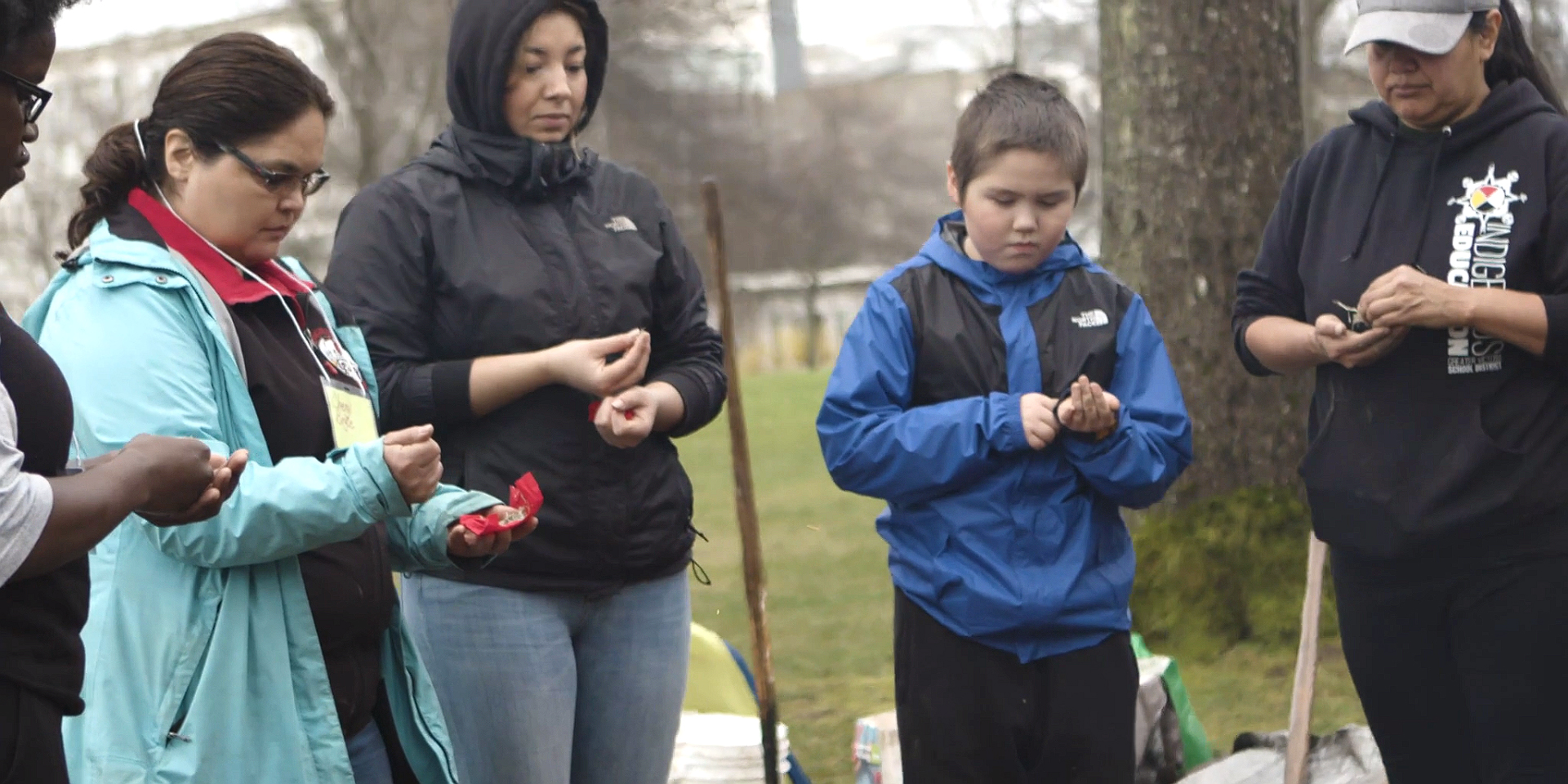 Featured image: Screenshot from the video by Pacific Peoples’ Partnership.

Watch this short video to learn about the impacts of climate breakdown on Indigenous peoples on Turtle Island and how they are taking action to strengthen their food systems, health and wellbeing.

In January 2020, “Rising Tides” gathered Indigenous and non-Indigenous activists and scholars to honour the impacts of climate change on our communities and the actions that we can take to enhance Indigenous food systems. This gathering was Indigenous-led and sought to centre Indigenous perspectives and knowledge systems to understand some of the most pressing issues facing Indigenous peoples today to climate change, food systems and wellbeing. A short video (06:49) shares some of the wisdom of Indigenous leaders such as Dawn Morrison and Dr. Jeanette Armstrong:

“Climate change poses some of the biggest systemic challenges. [It perpetuates] some of the disparity that Indigenous peoples experience, both in food security and social determinants of health… but it’s also an opportunity for us to make change through our Indigenous ecological knowledge, through some of the historical points of reference that are encoded in our culture, in our stories and our language. Our ability to adapt and mitigate some of the changes that are happening with the climate right now is really about the land. It always goes back to the land.” – Dawn Morrison (Secwepemc Nation)

“The idea of health has to do with our connection to those places. It’s a much bigger and wider concept than physical nutrition and physical health. It has to do with spiritual health, community health, emotional health and mental health as well.” – Dr. Jeanette Armstrong (Syilx / Okanagan Nation)

Dr. Jeff Corntassel of the University of Victoria’s Centre for Indigenous Research and Community-Led Engagement (CIRCLE), Jacqueline Quinless and Charlotte Loppie were behind the inception of the gathering and video, and Erynne Gilpin and Peruzzo de Andrade directed the video. Dr. Corntassel shared the video for the first time during the ICCA Consortium’s global festival of arts and culture on 13 August as part of its 10th anniversary events.

Featured image: Screenshot from the video by Pacific Peoples’ Partnership.