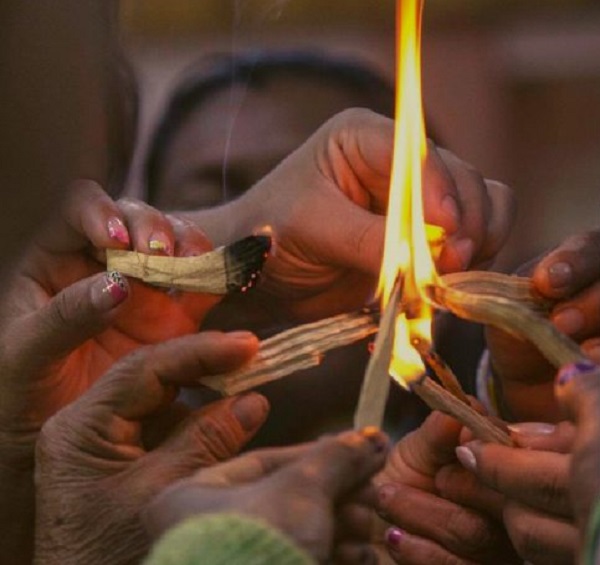 Thank you to everyone who contributed to our month-long series of anniversary events from 13 July to 13 August, which brought our membership together for beautiful moments of reflection, commemoration, visioning and celebration. Not only were these events a powerful recollection of how far the ICCA Consortium has come, but they also turned over the fertile ground nurtured by our founders and elders and planted seeds for the next ten years of the movement for territories of life.

On 13 July 2020, we commemorated the tenth anniversary of the ICCA Consortium’s official registration in Switzerland. The ICCA Consortium gathers Indigenous peoples and community organisations who are caring for and defending their collective territories and areas around the world, as well as civil society organisations and individuals allied to their movements.

As part of the anniversary celebrations, the ICCA Consortium held four virtual events from 13 July to 13 August. Through these events, the Consortium’s membership looked back at the roots of the movement for ICCAs–territories of life, shared memories of the people and moments that played formative roles, honoured elders and those who have passed on, laid the foundations for a common vision for the future and celebrated the extraordinary diversity of cultures and territories of life. We greatly appreciate the contributions and active participation of all Members and Honorary members in these events!

The first gathering took place on 13 July in conjunction with the official registration date with the theme of “ROOTS: Reflecting on our history as a grassroots association and planting the seeds of the future”. The highlight was the launch of a video memory of the origin of the movement and organisation. Although the ICCA Consortium was formally registered in 2010, the movement for ICCAs–territories of life emerged much earlier and at different times around the globe, led from the grassroots by Indigenous peoples and local communities who were claiming space in decision-making processes that affected them, including international biodiversity and conservation fora.

During the gathering, several founding Members and Honorary members spoke about the history of the Consortium. Jorge Nawel of the Confederación Mapuche de Neuquen, Dave de Vera, director of PAFID (Philippines), Nahid Naghizadeh from CENESTA in Iran, Vololoniana Rasoarimanana, Council Member from Madagascar, and Grazia Borrini-Feyerabend, former Global Coordinator, among others, shared their feelings and thoughts on the history of the ICCA movement.

#10YearsofICCA #Roots Jorge Nawel from the Wallmapu: "The planet is threatened by a system and we need to reinforce our alliances to face it, the ICCA Consortium needs to consolidate at a broader level" https://t.co/saj0T1UWfD pic.twitter.com/QqbZlFzTUC

At the same time, youth from the ICCA Consortium membership such as Mihanta Bakoliarimisa (TAFO MIHAAVO, Madagascar), Glaiza Tabanao (PAFID, Philippines) and Shruti Ajit (Kalpavriksh, India), shared what connects them to the movement for territories of life and what they expect from it and the Consortium for the path ahead.

#10YearsofICCA #Roots Shruti Ajit: "For every bad in the world there is equal amount of good. We see lot of destruction of biodiversity, but this network and all of us together will eventually get to see the world we are dreaming of." https://t.co/saj0T1UWfD pic.twitter.com/EIYMTcX2xY

The second gathering on 16 July centred around the theme of “RELATIONS: Honouring our elders and future generations and remembering those who have passed on”. It particularly commemorated two Indigenous leaders who left an indelible mark on the path of the ICCA Consortium: Dr. Taghi Farvar, one of the founders and first president of the Consortium; and Ghanimat Azhdari from the Qashqai tribe, a young promise in the fight for the rights and sovereignty of nomadic tribes in Iran. This gathering was held two years to the day since Taghi’s passing and just over six months after Ghanimat’s passing. Both are dearly missed and continue to guide the Consortium’s work.

The commemoration ceremony began with a guided meditation with the lighting of candles, followed by songs, videos, photo slideshows and words from the participants, who brought back memories of Taghi and Ghanimat and remembered the legacy of their work and passion.

The penultimate event on 23 July focused on the theme “RESPONSIBILITY: Strengthening our movement in an era of unprecedented change”. In three sessions tailored to different time zones and regional languages, the membership reflected on the current pandemic, diverse experiences and processes of resilience and abundance in this context, and the actions the ICCA Consortium should take to influence local-to-global systemic changes in support of territories of life.

The finale of the ICCA Consortium’s tenth anniversary celebrations- called “RECIPROCITY”- was a vibrant two-part festival of arts and culture from and inspired by territories of life. Two sessions in different regional and language groupings enabled cross-cultural exchange as Members and Honorary members from around the world shared videos, songs, dances, live remarks from Indigenous leaders, a collective art project and a pop quiz about fun moments in the ICCA Consortium’s history, all in celebration of diversity and collective actions to care for territories of life, cultures, languages and Indigenous and local knowledge.

The first session of the festival, held in English and Spanish.

The second session of the festival, held in English, French and Spanish.

The festival was an energising and inspiring way to wrap up the month-long series of anniversary events, each of which had a unique theme, sentiment and format and brought our membership together in turn for moments of reflection, commemoration, visioning and celebration. We extend our deep gratitude to everyone who contributed in some way to these anniversary events, whether as a moderator, speaker, performer, interpreter, note-taker, participant, technical support or otherwise. It was truly a collective effort and could not have happened any other way! Not only were these events a powerful recollection of how far the ICCA Consortium has come, but they also turned over the fertile ground nurtured by our founders and elders and planted seeds for the next ten years of the movement for territories of life.