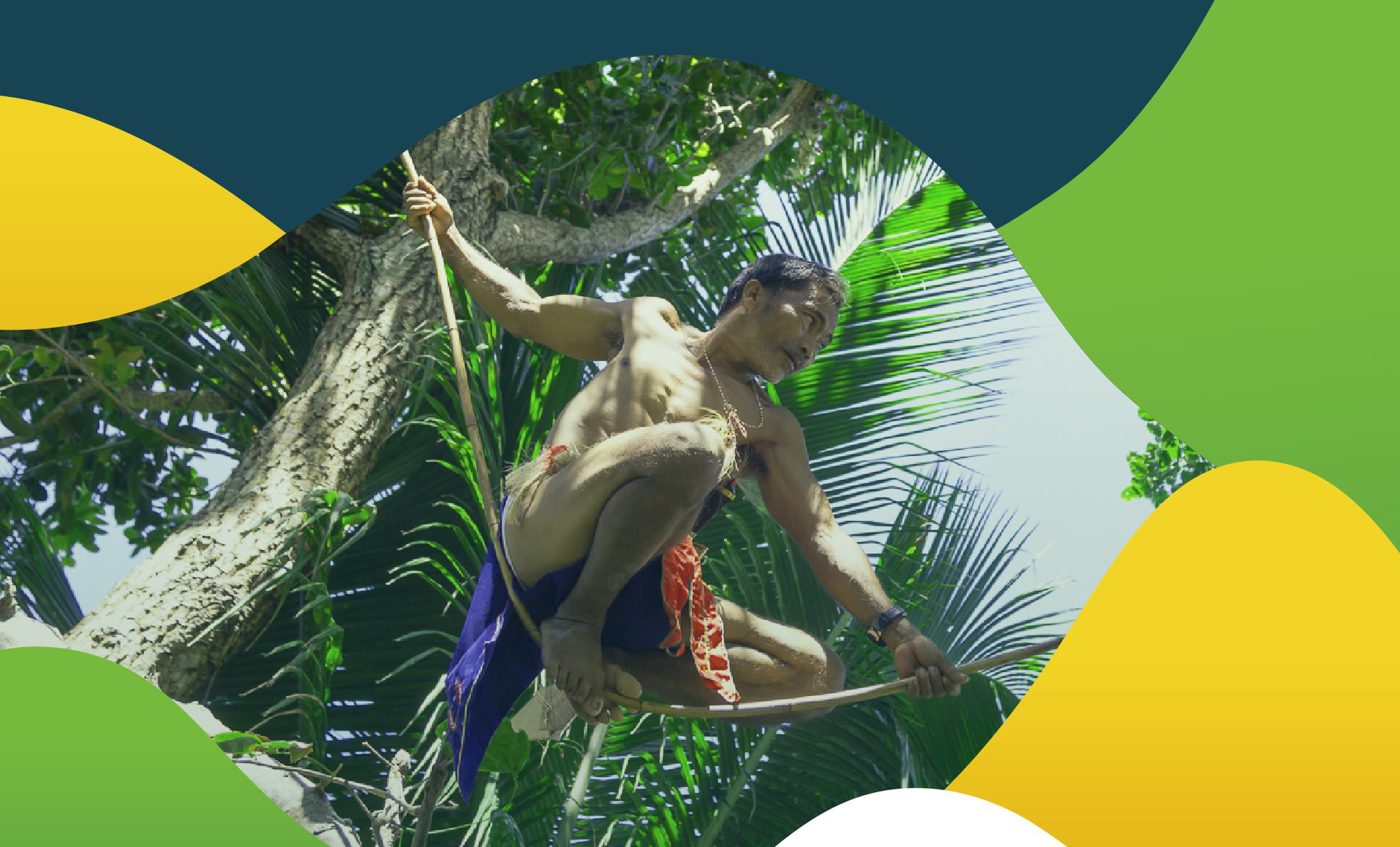 The ICCA Consortium and several of its Members in the Philippines joined forces to celebrate National Indigenous Peoples’ Month. During a series of online public events, speakers reflected on Indigenous governance in the context of the COVID-19 pandemic.

The first event of the series was held on the 16th of October, World Food Day. Datu Benny Cumatang (Indigenous Peoples’ Mandatory Representative in the municipal council of Impasug-Ong in Bukidnon), Teodoro Brawner Baguilat Jr. (President of the ICCA Consortium, and former member of the House of Representatives of the Philippines), and Timothy Salomon (Co-founder of the Bukluran Market), among others, spoke at the webinar.

Datu Benny Cumatang shared the Higaonon peoples’ experiences in protecting the sacred forest Mount Kimangkil. He said that Indigenous peoples’ reliance on wild foods in ancestral territories is managed by customary laws of hunting and gathering, and this has been renewed during the pandemic. Wild food has enabled the Higaonon community to remain nourished during the pandemic.

It should be noted that Mt. Kimangkil is among the ICCAs documented and mapped through the Global Environment Fund (GEF)-funded Philippine ICCA Project from 2016 to 2019.

Nature’s frontliners: The role of Indigenous Peoples and ancestral domains in preventing and responding to pandemics

On the 23rd of October, this webinar moderated by Holly Jonas (ICCA Consortium Global Coordinator) began with the speech of Mr. Reggie Wacas, a representative of the Office of Congressman Allen Jesse Mangaoang. Mr. Wacas provided an emphatic opening message on the state of Indigenous peoples in the context of the COVID-19 pandemic.

He shared that as the number of COVID-19 cases continues to increase, Indigenous peoples and their communities can be especially susceptible given their lower immunity to infectious diseases, limited access to information about COVID-19, and distance from adequate health services. He shared about legislative responses including the pursuit of the passage of the Indigenous Community-Conserved Territories and Areas Bill.

Confronted with the pandemic, Indigenous peoples have utilized their customary laws and traditional political structures to enforce lockdowns and quarantines. They upheld social safety nets per their centuries-old Indigenous knowledge systems and practices. Mr. Giovanni Reyes, President of the Philippine ICCA Consortium, spoke about how this has proven effective because the transmission of COVID-19 has been minimal if not prevented within many Indigenous territories in the Philippines. He cited several examples that defence of territories (strict control of the entry of outsiders) has historically been tied with the protection of the health in Indigenous communities.

Renowned scientists Dr. Lourdes Cruz (National Scientist Awardee and Professor Emeritus of the University of the Philippine’s Marine Science Institute) and Dr. Denise Matias (Fellow of the Intergovernmental Panel on Biodiversity and Ecosystem Services, IPBES) underscored the crucial role that Indigenous peoples play in the prevention of and response to pandemics. The scientists also echoed that free, prior, and informed consent (FPIC) of Indigenous peoples is mandatory to research pandemics or biodiversity in Indigenous territories. Participatory research methods are also crucial to respect intellectual property rights while engaging Indigenous communities in collaboration on the production of scientific knowledge.

Discussions were facilitated among key government agencies such as the National Commission on Indigenous Peoples (NCIP, represented by Commissioner Norberto “Jong” Navarro), the Biodiversity Management Bureau (represented by Ms. Norma Molinyawe), and Atty. Manja Bayang of Indigenous Peoples Rights International. The webinar was closed by Mr. John Vincent Colili, a Pala’wan Youth Leader of the Samahan ng mga Nagkakaisang Katutubong Kabataan who shared his experiences as an Indigenous youth and a youth scientist at Palawan State University.

Media forum on shaping the new normal for Indigenous Peoples

The last event of the series was a media forum held in the presence of renowned journalists such as Mr. Raffy Tima of GMA News TV and Ms. Ma. Cristina Arceo-Dumlao of the Philippine Daily Inquirer.

In the forum, Attorney Jennifer Corpuz of the Tebtebba Foundation discussed critical issues related to Indigenous peoples’ rights. She discussed the access to health services and education by Indigenous peoples during the pandemic, the intrusion of government and private sector projects into their territories without FPIC, and the impact of armed conflicts between state and non-state armed groups.

Mr. Dave de Vera (Member of the ICCA Consortium’s Council of Elders) of the Philippine Association for Inter-Cultural Development (PAFID, ICCA Consortium Member) then provided an assessment of the Indigenous Peoples’ Rights Act (IPRA). The nation celebrated the 23rd anniversary of its passage on the 29th of October, 2020.

Attorney Jesus Torres of the Human Rights Centers Management Office of the Commission on Human Rights provided an overview of the Indigenous Peoples Human Rights Observatory. The Observatory aims to provide a platform to the public to report and understand the state of Indigenous peoples’ human rights, anchored in international commitments enshrined in UNDRIP and guaranteed in the 1987 Constitution of the Philippines, and the IPRA.

The NCIP (represented by Commissioner Navarro) responded to the points and questions raised by the speakers and participants in the webinar and through the live stream.