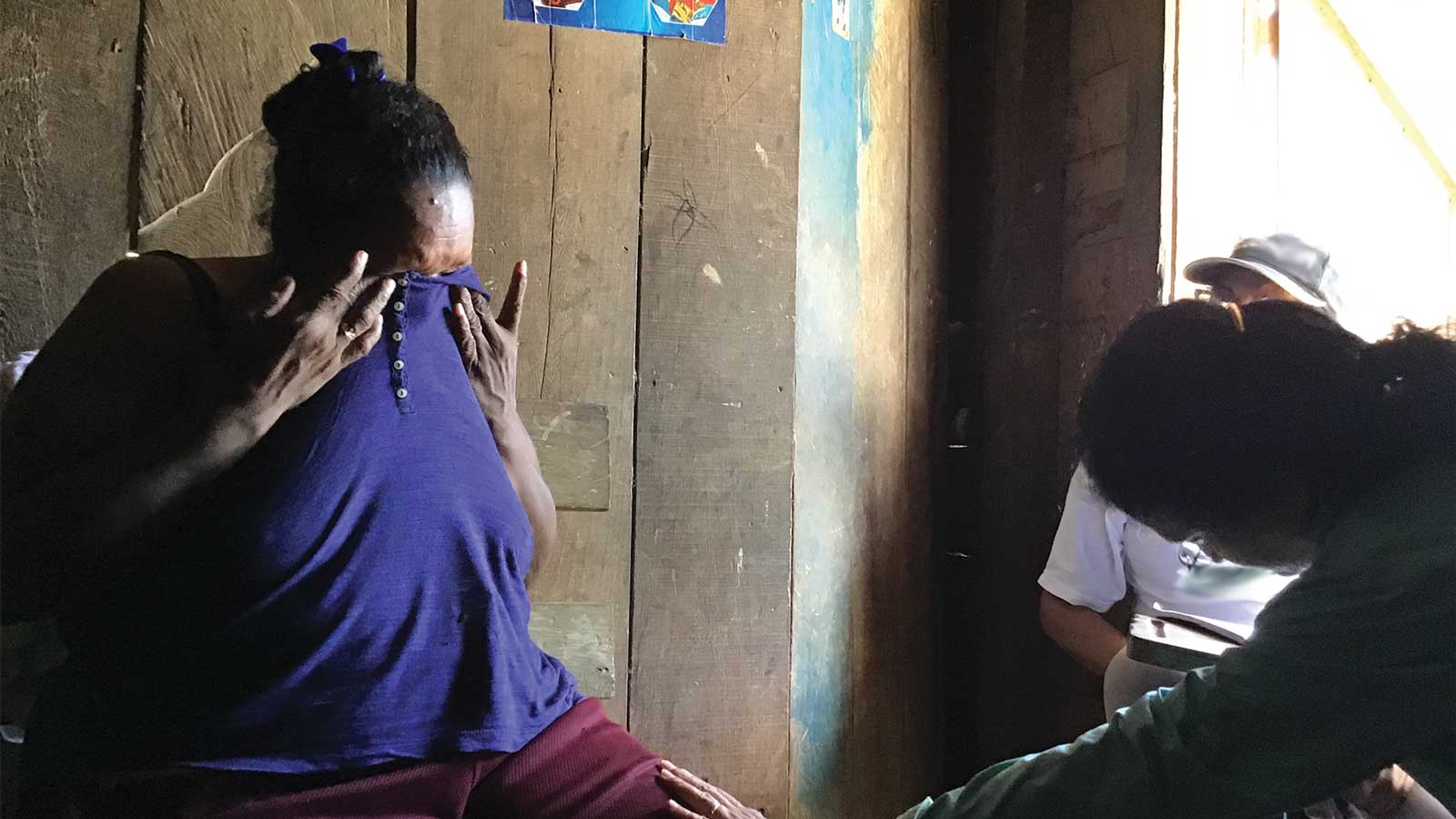 A Miskitu villager shares her testimony of violence at the hands of colonos.

Since last week, the government of President Daniel Ortega and his Sandinista National Liberation Front (FSLN) party has revoked the (link is external) legal status (link is external) of 29 non-governmental organizations (NGOs), including two organizations founded by Indigenous and Afrodescendant Nicaraguans to defend their peoples’ autonomy and rights. On Friday, March 18, the Nicaraguan National Police also seized the offices of two of the NGOs on the Caribbean coast.

This added to more than a hundred (link is external) NGOs and other entities that had previously been stripped of their legal status since 2018, including the most prominent Nicaraguan human rights organization and two environmentalist NGOs with a long track record of collaborating with Indigenous and Afro-descendant peoples to fight the colonization of their lands. The Oakland Institute strongly condemns this attempt to silence Indigenous and Afro-descendant peoples and their allies in the struggle for their lands, livelihoods, and lives against violent colonization’s onslaught.

The Ortega regime’s decision to revoke the legal status of these organizations reflects a broader pattern of arbitrary administrative, legislative, and judicial actions (link is external) by FSLN officials against independent organizations. In nearly all of these cases, the Nicaraguan Ministry of Governance has justified the revocations of legal status by claiming that the organizations have failed to comply with financial disclosure laws. Many affected organizations have responded that the Ministry of Governance has refused to receive their financial reports (link is external) in recent years, thus fabricating an excuse for the revocations.

Since 2015, settlers have killed more than five dozen Indigenous people and displaced thousands on the Caribbean coast of Nicaragua. On March 14, 2022, Mayangna leader Sálomon López Smith was found dead (external link) amid signs of torture. According to Amaru Ruíz, who leads one of the NGOs that has been stripped of its legal status (Fundación del Río), López Smith was the 28th Indigenous person killed in Nicaragua in just the past two years.

The Oakland Institute joins the Inter-American Commission on Human Rights (link is external) in its call for the Ortega regime “to restore the legal status of civil society organizations, as well as to cease the repression against the media, human rights organizations and individuals considered to be members of the opposition.” The Institute notes the particular importance of doing so in the case of NGOs defending the lives and lands of Indigenous and Afro-descendant peoples. The Institute also reiterates its call for the Nicaraguan government to carry out saneamiento — the final, crucial step of the land claims process established under Nicaraguan Law 445 — as demanded by Indigenous and Afro-descendant peoples NGOs. Saneamiento requires clearing Indigenous and Afro-descendant territories of settlers and corporations living in or using the territories without a legal title or a lease agreement with the community.