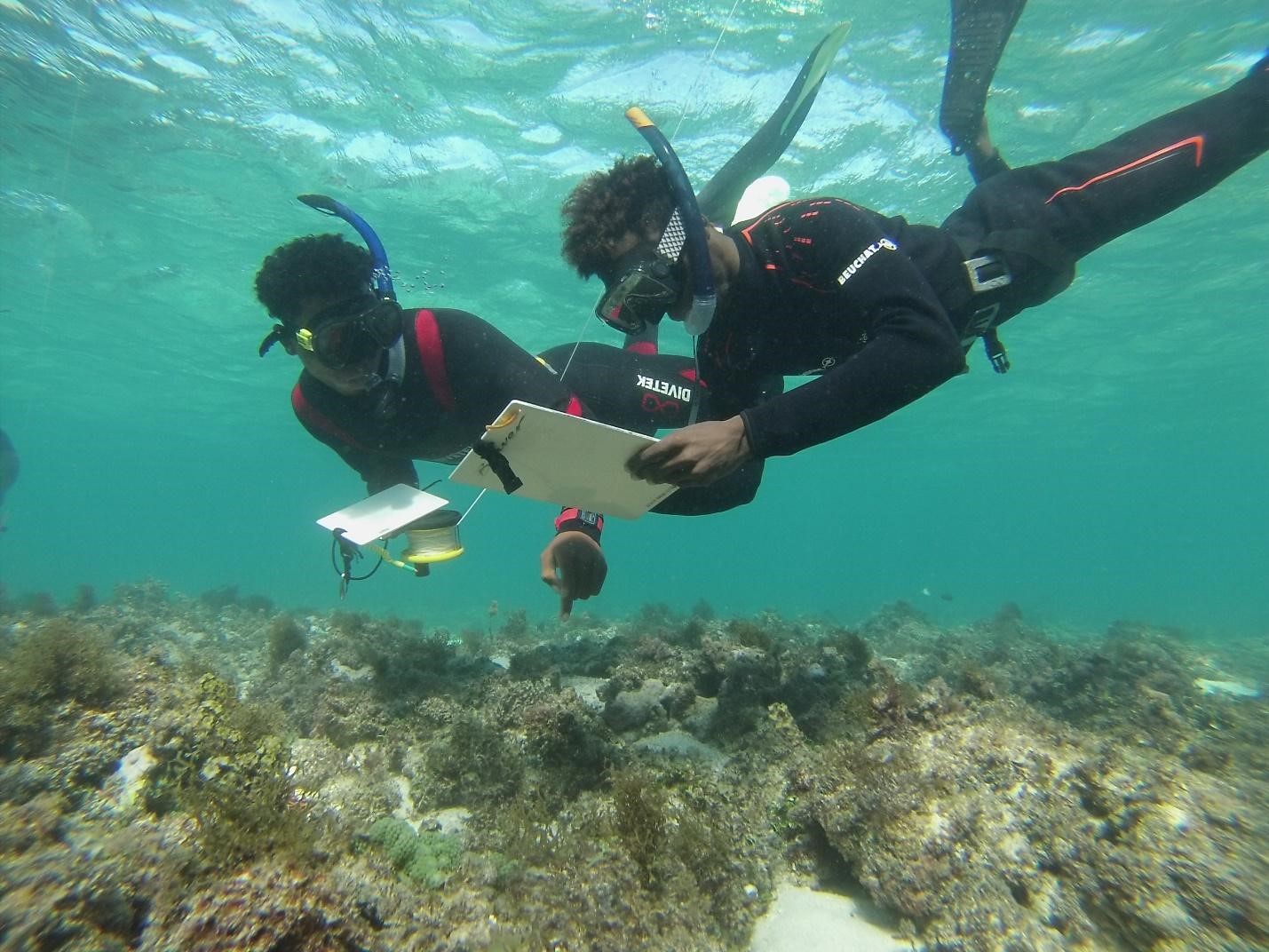 For the past two years, communities in southwestern Madagascar have set up diving teams in their Locally Managed Marine Areas (LMMAs) to monitor ecosystems, supported by Blue Ventures (ICCA Consortium Member). Based on the collected data, these communities have created the first seagrass no-take zones and are beginning to see signs of fisheries recovering, helping bolster their livelihoods and food system.

We are pleased to share several articles written by the leaders of these initiatives.

Based on the success of this new local diving ecological monitoring team and an increasingly engaged community of fishers, the Velondriake Association has successfully expanded its network of permanent no-take zones (NTZs) by 59% around 160 football fields. The NTZs are areas that are permanently closed to fishers to replenish fish stocks and protect biodiversity. The communities have also put in place a series of surface marker buoys using traditional techniques called ‘jarifa’ to mark out these new zones.

In this article titled ‘science and tradition: expanding Velondriake’s no-take zones through community action’ by Gilde Tahindraza, it is evident that the communities have to overcome many complex challenges to expand their marine reserves. But they have been successful mostly because the overall solution was led by the community and designed to respond to both environmental and socioeconomic needs.

Just a year ago, Jacks and friends in Velondriake; Sylvester, Patin, Ronaldo, and Damas became the first ecological monitoring team in the region composed entirely of community members. Before this, Blue Ventures Expeditions (BVE) had most of the monitoring.

“We’re hoping to lead more training in the central and northern areas of the Manjaboake LMMA, and venture to other LMMAs in Madagascar to share what we’ve learned and also train women as ecological monitors which include a group of 5 ladies that are to be part of the 1st women cohort.”