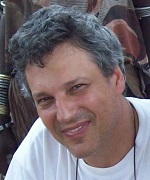 Based in Italy, Marco is Professor in Anthropology at the University of Palermo. Since its doctoral research, his key professional interests have revolved around the anthropology of the Borana-Oromo people of Southern Ethiopia, focusing on traditional knowledge and institutions, and on political history at the interface with State institutions. His teaching engagements for various universities– e.g., Addis Ababa (Ethiopia), Bologna and Trento (Italy), Johns Hopkins (USA) — covered anthropological methods, cultural issues in political practice and international development and the environment.  In 2007 he joined the African Studies Centre of the University of Oxford for interdisciplinary research on the peoples and the environment of lower Omo Valley of Ethiopia.  Marco has collaborated with the IUCN CEESP Commission and the ICCA Consortium for over two decades, focusing on pastoralism and governance issues of the natural commons. He has been active for ICCAs in Europe, and has authored reports on ICCAs in the Horn of Africa and the first comprehensive  study of ICCAs in Italy.