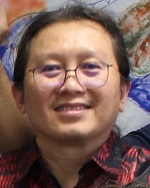 Council co-chair of the theme on “Sustaining Territories of Life”

Based in Thailand.  Paul is an indigenous Karen from Burma/Myanmar, co-founder and Director of the Karen Environmental and Social Action Network (KESAN)— a non-profit NGO, Member of the ICCA Consortium, dedicated to livelihood security and respect for the indigenous Karen people in Burma/ Myanmar. Paul, himself an Honorary member of the Consortium, has worked for decades to better the conditions of his people, most recently as one of the main inspirers and key supporters of the self-proclamation of the Salween Peace Park by its custodian communities. The Salween Peace Park (SPP) is an emblematic territory of life of enormous importance for both nature and culture. It protects the last dam-free main river in Asia and 5,485 km2 of globally significant biodiversity. It prevents destructive ‘development’ operations imposed by the Myanmar government.  And it provides a peaceful grassroots alternative for its Karen custodians on the face of seven decades of violent repression and civil war.  On December 18, 2018, with the signing of the Salween Peace Park Charter, Paul was elected President of the SPP in recognition of his steady and inspirational stewardship.  This happened at the first convening of the General Assembly of SPP, formed by elected representatives from each village within the Park.