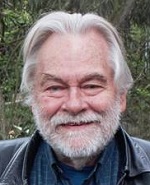 Member of the Council of Elders

Based in Peru. Tom is an anthropologist born in the state of West Virginia (USA) in 1940. A pacifist and Vietnam war draft dodger, he first came to know Latin American cultural and biological diversity in Mexico and Brazil, where he was a student in the 1960s. Following his Master’s and doctoral studies at the New School for Social Research in New York, he has pursued The Search for the Primitive as outlined by Stanley Diamond as an alternative to the ills of western civilization and global capitalism and to the failures of revolutionary Marxism. He has worked principally with the Harakbut of the southwestern Amazon and other mainly Amazonian peoples in Peru and elsewhere in Latin America. He helped organize the Madre de Dios Native Federation (FENAMAD) in southeastern Peru in 1980-1982 and has advised its leadership since that time. He now works primarily toward the consolidation of integral, autonomous territories conserved and defended by indigenous peoples throughout the Amazon Basin and worldwide. He lives in Lima and Puerto Maldonado, Peru, and travels widely to support the cause of indigenous peoples’ territories and rights-based conservation. As a Honorary member of the ICCA Consortium, he was an invaluable support in organizing the 2018 gathering of Peruvian indigenous peoples entitled “Strengthening the governance of conserved territories in the Peruvian Amazon”.